Officials in the EU have urged Turkey to let in tens of thousands of Syrian refugees trapped on its border at Kilis after fleeing fighting.

EU foreign policy chief Federica Mogherini said there was a moral, if not legal, duty to provide protection.

Turkey says the refugees are receiving food and shelter inside Syria and there is no need to allow them to cross.

About 35,000 Syrians have fled a Syrian government offensive on rebel-held positions near Aleppo.

Ms Mogherini said the EU was providing funding to Turkey to make sure it had the “means, the instruments, the resources to protect and to host people that are seeking asylum”. 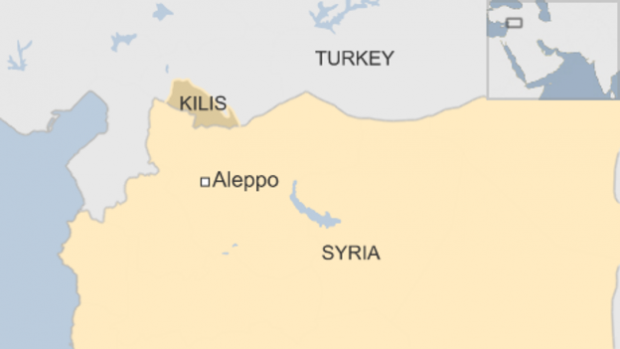 In November, the EU clinched a deal with Turkey, offering it €3bn (£2.3bn; $3.3bn) to care for Syrian refugees on Turkish soil.

“I look at these images of people standing at the Turkish border and I just wanted to underline the message people who are in humanitarian need should be allowed in,” said Mr Koenders.

However Kilis governor Suleyman Tapsiz said the move was not necessary.

“Our doors are not closed but at the moment there is no need to host such people inside our borders,” he said.

In the past few days, the Syrian army – backed by Russian air strikes – has made a series of gains around Aleppo, Syria’s largest city.

On Thursday, 60 donor countries meeting in London pledged billions of dollars to ease the plight of Syrian refugees.

About 4.6 million people have fled Syria since the civil war began in 2011. Another 13.5 million are said to be in need of humanitarian assistance inside the country.

The Syrian war and Aleppo 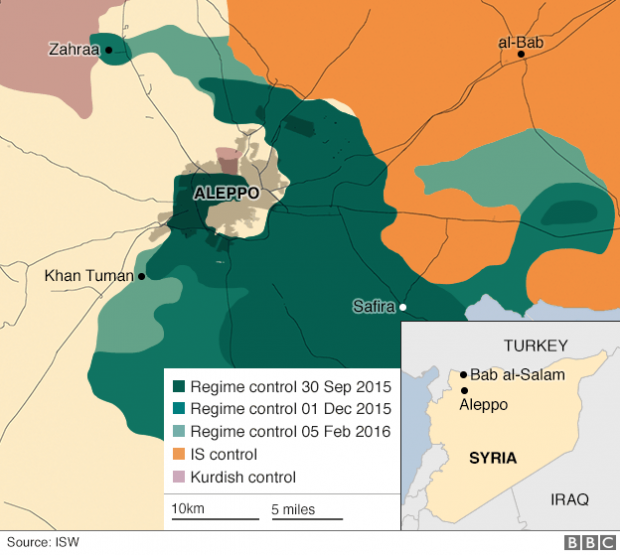 March 2011: Anti-government protests erupt across Syria, but Aleppo is initially untouched as a result of a state crackdown

February 2012: As the rebellion turns into a conflict, clashes between rebels and the government are reported with increasing frequency in Aleppo province

July 2012: The battle for Aleppo begins. Rebels make swift advances, but are unable to consolidate their gains and the city becomes divided

September 2015: Syria launches a fresh offensive in the wake of Russia’s intervention in the conflict

February 2016: The government captures towns north of Aleppo, threatening to encircle the city