BBC- Evacuations have resumed from east Aleppo, with buses and ambulances leaving rebel areas of the Syrian city.

Among those to have left is seven-year-old Bana Alabed, who had tweeted about conditions in besieged areas of Aleppo.

Her departure was confirmed by the head of the Syrian-American Medical Society aid group.

Thousands more are waiting to leave east Aleppo, which is in dire conditions.

The UN Security Council is said to have agreed a compromise to allow UN monitoring of the operation. Russia earlier rejected a French-drafted plan to send UN officials to east Aleppo as “a disaster”.

“We expect to vote unanimously for this text,” said US Ambassador to the UN Samantha Power.

Initial efforts to evacuate the last rebel-held enclaves in the city collapsed on Friday, leaving civilians stranded at various points along the route out without access to food or shelter.

Bombardment of east Aleppo has left it virtually without medical facilities. 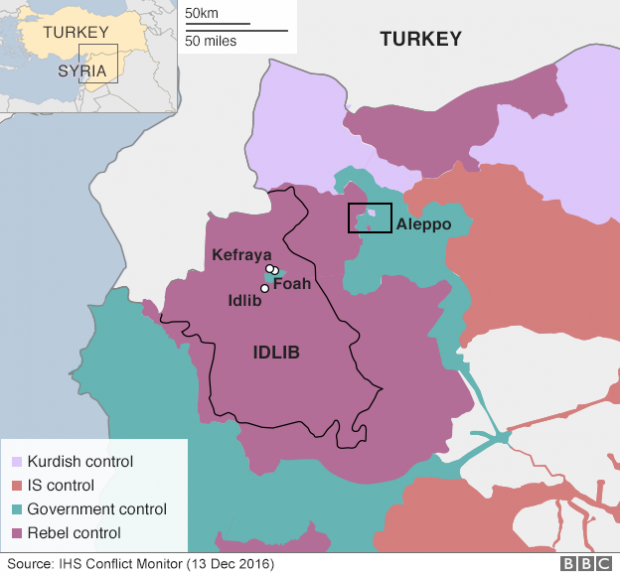 For: Evacuation of civilians and rebels from east Aleppo resume amid dire conditions