Exclusive: Tripoli on the brink of total militia war 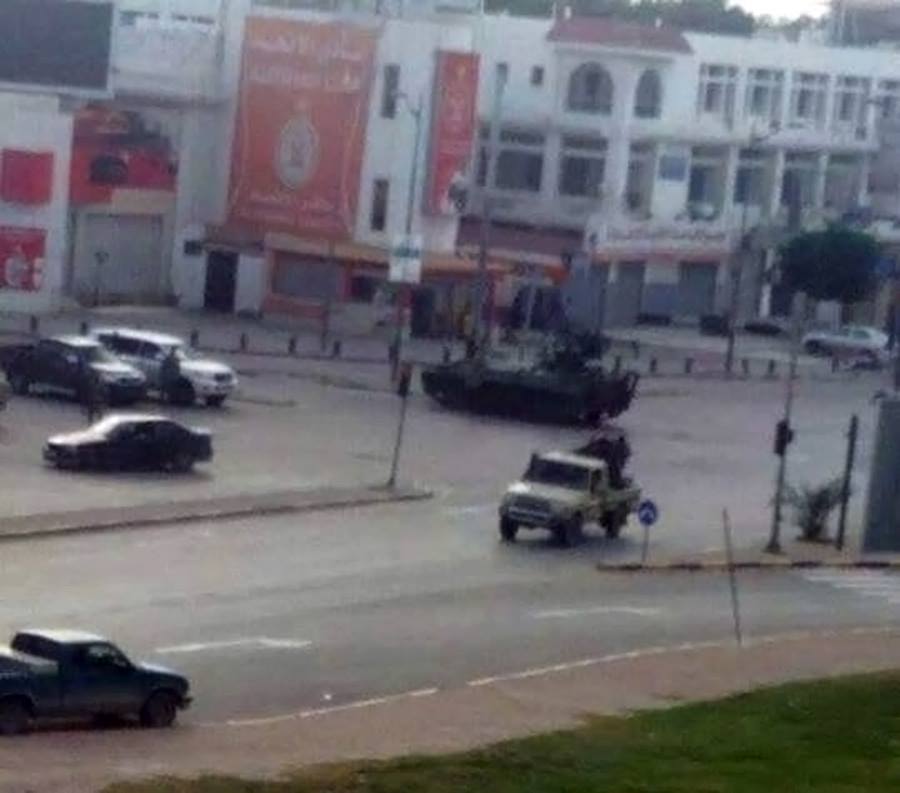 The other armed brigade also started firing at the Ghaniwa militia fighters and sounds of RPGs and heavy shelling inside the cty center of the capital have been heard and are still being heard, according to witnesses who reported to the Libyan News Thursday evening.

The eyewitnesses added that a number of people were injured due to the clashes in the busy neighbourhoods of Abu Salim, where Ghaniwa militia is located, and Bab Ben Ghashir, where the other armed brigade is located.

It is worth mentioning that the Guest Places Compound is the headquarters of the High Council of State and was recently overtaken by the dismissed Salvation Government led by Kahlifa Al-Ghweil.

According to sources, who refused to be named, the fight will escalate as a number of brigades from Misurata, Ghryan and central region are preparing to join the fight against Ghaniwa’s militia forces.

The Sources told the Libyan News that what made Ghaniwa start the fight is that he demanded a member of his militia be released by the other group and since they did not release him by today, Ghaniwa decided to take the fight to the streets of the capital.

So far, Tripoli’s downtown is on the lock-down by the two brigades and sounds of gunfire and heavy shelling is heard around the capital as fears of civilians mount regarding whether this would be a new war or just another round of skirmishes inside the unstable capital.

No clear interference by the security authorities of the Government of National Accord has been registered so far and there has not been any statement by any official about the looming conflict.

For: Exclusive: Tripoli on the brink of total militia war