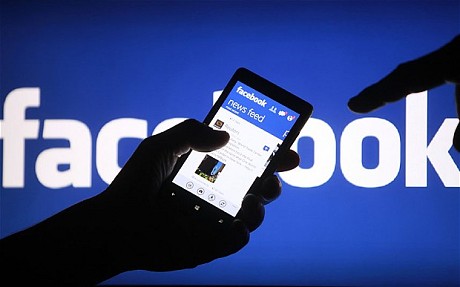 Facebook is testing multiple, topic-based feeds on its mobile app in place of one main News Feed. It’s the next step in a process started by the company in October when it began allowing some users to see specialized interest feeds on the web. The new feeds were spotted by Jason Stein on Twitter.

The new mobile design borrows heavily from the way Facebook’s Paper app works, with the app automatically sorting posts from the people and pages you follow into different sections (and, perhaps, customizable ones) or feeds. While the traditional “News Feed” remains, it is supplemented with secondary feeds — like “Style,” “Travel,” and “Headlines” — that are just a swipe away.

“People have told us they’d like new options to see and have conversations about more stories on Facebook around specific topics they’re interested in,” a Facebook spokesperson told The Verge. “So we are testing feeds for people to view different stories from people and Pages based on topic areas.”

In addition to the new feeds, Facebook is also testing wider rollout of the “Marketplace” feature that it’s been working on for a few months now. Known simply as “Shopping,” this feature was tested as far back as October of this year, but was buried behind the main section of the app. Today, The Verge received screenshots from reader Andrew Watts that show the Marketplace tab featured much more prominently.

In the new tests, the “Marketplace” icon replaces the Facebook Messenger icon at the bottom of the iOS app, pushing the “Messenger” icon to the top — adjacent to the search bar, similar to the where it’s found on the Android app. Tapping on the new icon brings you to a shopping page, where you can browse (and buy) items that are being sold by the various Pages you’ve liked. Facebook confirmed the design change to The Verge, adding that only a small percentage of people in the US can access it, and that it’s far from being widely rolled out.

The Marketplace tab also surfaces “sale groups” that you’ve joined, and you can also use the search bar at the top to search items that are for sale across all of your pages and groups. While it seems that, in this iteration, Facebook’s mobile Marketplace isn’t a full Craigslist competitor, it’s definitely close. And giving a billion users the ability to search nearby items for sale without joining groups or liking pages could give Facebook an advantage over Craigslist, which has famously kept the same design and functionality over the years. Considering how Facebook recently made it easier to find nearby events, a hyperlocal shopping app doesn’t seem too far-fetched.

For: Facebook testing multiple news feeds on its mobile app