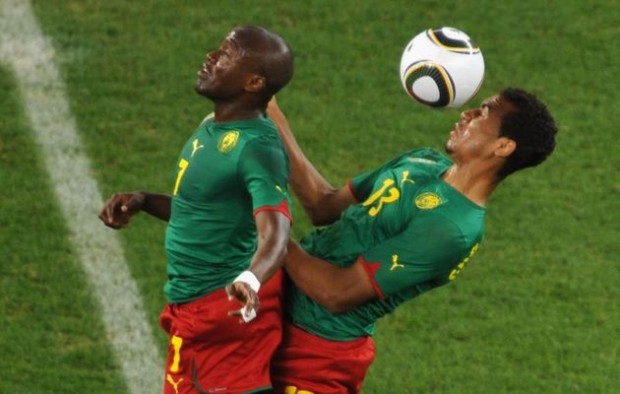 FIFA lifted Cameroon’s indefinite suspension from international football on Monday, clearing the way for the team to finish their World Cup qualifiers.

World soccer’s governing body said the conditions it had made when it imposed the suspension on July 4 had been met.

“As requested by the FIFA Emergency Committee, the normalisation committee that was appointed on 20 July 2013 was able to take up its duties this Monday… at the FECAFOOT headquarters, with FIFA and (African federation) CAF observers present,” FIFA said in a statement.

“The lifting of the suspension means that FECAFOOT’s clubs, officials and other representatives can immediately resume their activities, which had been interrupted.”

FIFA, which said it would continue to closely monitor the situation, suspended Cameroon because of government interference in FECAFOOT’s affairs.

The lifting of the ban will allow Cameroon to play their final qualifying game for next year’s World Cup, against Libya on Sept. 6.

At the time of the suspension, FIFA said a committee would be set up to revise FECAFOOT’s statutes and organise elections as its statutes obliged member associations to manage their affairs independently and with no third-party influence.

Cameroon are one of Africa’s most successful teams, having taken part in six World Cup tournaments and won the African Nations Cup four times.

Minutes before the ban was imposed on July 4, their bid to reach a seventh World Cup had been boosted by the announcement that last month’s 2-0 defeat by Togo had been turned into a 3-0 win as their opponents had fielded a suspended player.

The extra points took them top of African qualifying Group I, one point ahead of Libya.

The Indomitable Lions became the first African team to reach the World Cup quarter-finals in 1990 but they have been plagued by political wrangling off the field and government interference in team matters.

They missed out on the 2012 and 2013 Nations Cup tournaments, losing out to tiny Cape Verde in a two-leg playoff on the latter occasion.