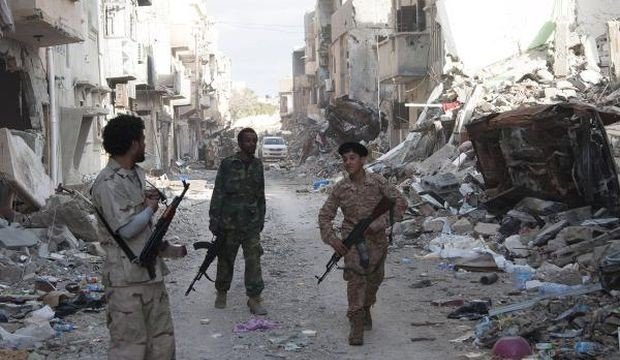 Clashes between two rival factions in Libya fighting for control of the eastern city of Benghazi have killed at least 19 fighters and wounded several more.

Forces loyal to Khalifa Haftar clashed with fighters loyal to the Shura Council of the Benghazi Revolutionaries (SCBR).

At least 17 pro-Haftar and two SCBR fighters were killed, and more than 20 were wounded.

Haftar’s self-proclaimed Libyan National Army has carried out air strikes in Benghazi, under the control of the Shura Council of Benghazi Revolutionaries, including in the city’s Ganfouda district.

The attacks have endangered the lives of scores of detainees being held captive in Benghazi, according to Amnesty International, the international rights body.

Haftar and his forces have a strong presence in eastern Libya and have refused to recognise the UN-backed unity government.

The fighting in Benghazi came as a military commander in eastern Libya told AFP news agency on Thursday that French, British and US soldiers were reported to be in Libya to “monitor” the Islamic State of Iraq and the Levant (ISIL, also known as ISIS) group.

“French, American and British soldiers are in the Benina base” near Benghazi, said Saqr al-Jaroushi, whose forces are allied with a government based out of the eastern city of Tobruk.

For: Fight rages on in Benghazi between Dignity Operation and Shura Council fighters