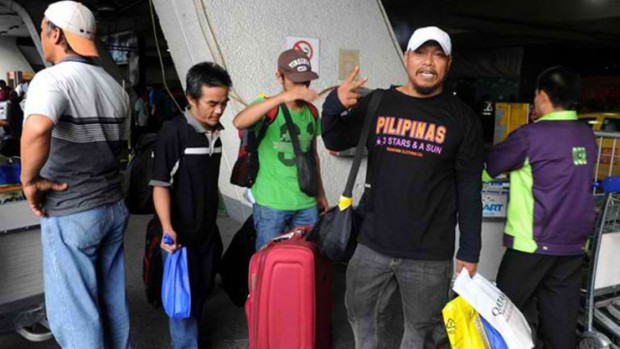 Filipinos living and working in strife-torn Libya have been advised to take the necessary precautions due to the volatile political situation in the capital, Tripoli.

“The Filipino community is also reminded to avoid known areas of conflict, crowded places and is discouraged from traveling at night unless absolutely necessary,” the statement added.

The Department of Foreign Affairs placed Libya under Crisis Alert Level 4 which means Filipinos living in the country should be subject to mandatory repatriation.

Nearly 3,000 Filipinos are still in Libya despite the government’s declaration of mandatory repatriation due to hostilities in the war-torn North African country.

The Department of Foreign Affairs (DFA) said Tuesday that as of March 6, there are a total of 2,940 Filipinos in Libya.

There were a total of 3,043 Filipinos in Libya when the DFA declared Crisis Alert Level 4 in November 2015.

For: Filipinos in Libya asked by country officials to remain cautious and leave if situation gets messy