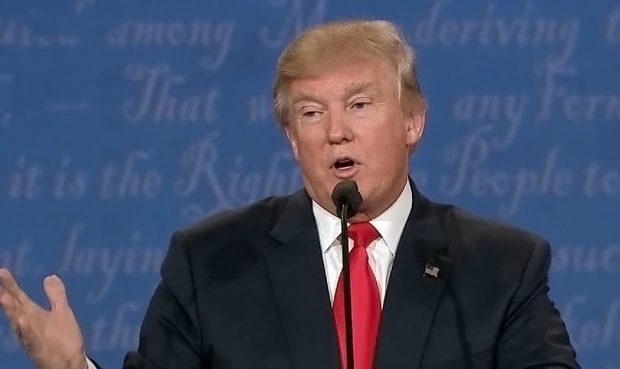 Republican Donald Trump has refused to commit to accepting the election result if he loses, in the final TV debate against Hillary Clinton.

“I will tell you at the time,” he told moderator Chris Wallace. For days he has claimed the election is “rigged”.

The final battle of wits came less than three weeks before election day on 8 November.

The candidates declined to shake hands before and after the political sparring, setting the tone for another debate marked by shouting and interrupting.

Mr Trump appealed to the Republican establishment by vowing to appoint Supreme Court justices with a “conservative bent” who would overturn a key ruling that made abortion legal in the US and protect gun rights.

He also stuck to his pledge to deport undocumented immigrants and secure US borders.

Meanwhile, Mrs Clinton firmly declared she would stand up for the LGBT community, defend abortion rights, focus on restoring the middle class and equal pay for women.

“The government has no business in the decisions that women make,” she said.

In one of the more striking moments, Mr Trump twice declined to say whether he would accept the election’s outcome, breaking with the country’s long-standing tradition of a losing candidate’s concession after the votes are counted.

“He is denigrating and he is talking down our democracy. And I, for one, am appalled that somebody who is the nominee of one of our two major parties would take that kind of a position.”

Mr Trump’s response drew sharp criticism from Republican Senator Lindsey Graham, who said the candidate was “doing the party and country a great disservice by continuing to suggest the outcome of the election is out of his hands and ‘rigged’ against him,” according to a statement.

Nicolle Wallace, an NBC News analyst and advisor to Senator John McCain’s 2008 presidential campaign, said on NBC: “He may as well have laid down in his own coffin with a hammer and nail and pounded it in himself.”

For: Final US Elections Debate: Trump says he won’t accept elections results if he loses