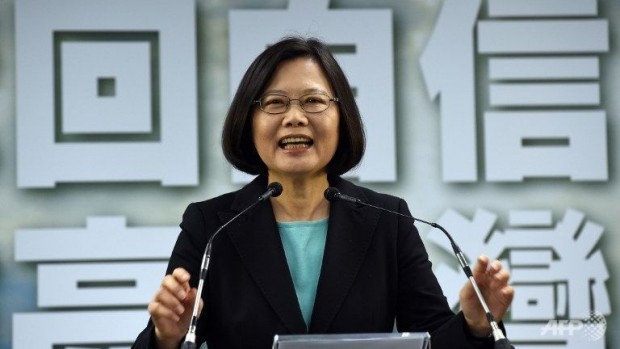 In her victory speech, she vowed to preserve the status quo in relations with China, adding Beijing must respect Taiwan’s democracy and both sides must ensure there are no provocations.

China sees the island as a breakaway province – which it has threatened to take back by force if necessary.

In her speech, Ms Tsai hailed a “new era” in Taiwan and pledged to co-operate with other political parties on major issues.

The will of the Taiwanese people would be the basis for relations with China, Ms Tsai said.

“I also want to emphasise that both sides of the Taiwanese Strait have a responsibility to find mutually acceptable means of interaction that are based on dignity and reciprocity.

“We must ensure that no provocations or accidents take place,” Ms Tsai said, warning that “any forms of suppression will harm the stability of cross-strait relations”.

She thanked the US and Japan for their support and vowed Taiwan would contribute to peace and stability in the region.

Ms Tsai had a commanding lead in the vote count when Eric Chu of the ruling Kuomintang (KMT) admitted defeat.