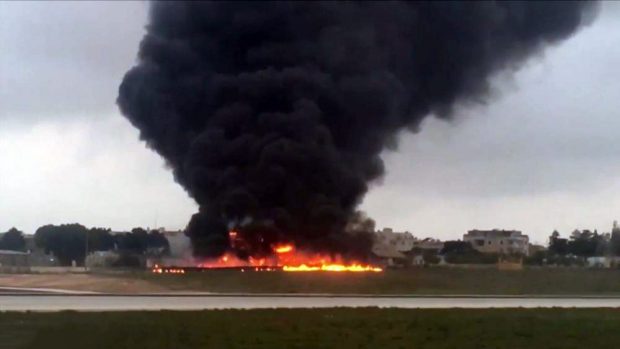 A light aircraft crashed after taking off from Malta’s main airport early on Monday, killing all five people on board, officials there said, in the island nation’s worst peacetime air accident.

Airport sources initially said the plane was believed to be carrying officials from European Union border agency Frontex. But the organization later said none of its staff was involved.

A military source at Malta International Airport said all five victims were French, though the French foreign ministry said it could not yet confirm that.

Staff said investigations had begun and the aerodrome was closed until further notice. Several flights have been diverted to Sicily, many delayed and some canceled.

The twin-prop Fairchild Metroliner crashed at about 0520 GMT, the airport said.

“We can confirm that no European Union officials were on board. The plane also was not related to any of the European Union’s activities,” an EU spokesperson said.

Airport officials told Reuters the plane had been heading for Misrata in Libya.

For: Five French officials killed as aircraft heading to Libya from Malta crashes