Five people stopped in Australia while on boat to Syria 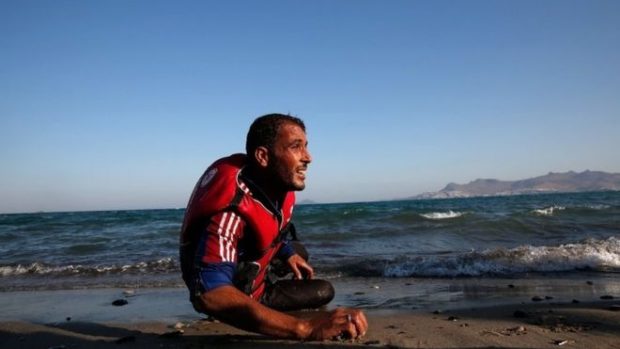 Five men have been arrested on suspicion of trying to leave Australia illegally on a small boat to sail to Indonesia. Officials believe the men wanted to join jihadis in Syria and ‘engage in hostile acts.’

The men taken into custody had bought a seven-meter (23-foot) boat to make the trip to Indonesia, Australian Federal Police said Wednesday.

“The suspicion is that they were seeking to leave Australia by vessel to avoid the fact that they couldn’t travel by air because their passports had been canceled,” said Attorney-General George Brandis.

The group is suspected of having towed their power boat behind a car for 2,800 kilometers (1,700 miles) from Melbourne to Cairns, in northern Australia, police said.

According to Brandis, they intended to “leave Australia by sea, transiting to Indonesia and, from Indonesia, seeking to reach Syria to engage in hostile acts in that country.”

For: Five people stopped in Australia while on boat to Syria