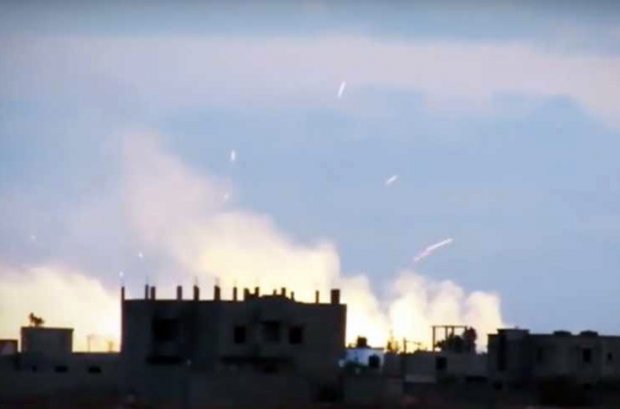 The sources said a French drone carried out three to four airstrikes hitting at the end a house in Ganfuda district and killing a number of civilians – women and kids included.

The media arm of the Benghazi Shura Council, Saraya Center, posted a video for the aftermath of the French shelling showing the civilians killed under the rubble of their houses.

“One of the foreign workers is from Syria. A month ago he posted a video online asking the UN and international community to help him and others stranded in the city to go out to a safer place. On Thursday, the Syrian man was killed by the French airstrike.” Saraya media center reported.

Families and foreigners have been enlisting help from the UN and international community to go out from the dangerous district of Ganfuda fro long time, however they are still trapped in there and are subject to French and Dignity Operation’s bombing frequently.