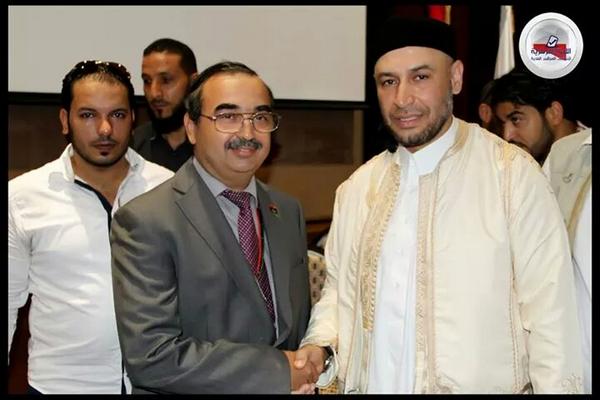 “Two young men from Libya were charged with slightly injuring a fellow countryman in Malta on Wednesday. The former mayor of Tripoli and military commander Mahdi al-Harati was allegedly threatened in the attack.” The Maltese newspaper added.

It said that one person named as refugee: Omar Mohammad Ahnish, 24, from Sliema and Belaid Farag, 22, from Masida were arraigned before Maltese court and accused of slightly injuring a fellow countryman with a knife, following an argument believed to have been politically motivated, during the early hours of January 25th in Gzira.

“Haitem Nassradin was certified as having suffered slight injuries in the assault, which occurred when the men were involved in an argument with the two Libyan men and Mahdi al-Harati, an Irish-Libyan politician and former co-commander of the Tripoli Brigade during the Libyan Civil War.” Wrote the newspaper.

In 2012, Al-Harati was at the command of a militia in Syria which fought against government forces. In 2014, Al-Harati was elected mayor of Libya’s capital city of Tripoli but his tenure lasted just over a year after the Municipality of Central Tripoli sacked him over his failure to run the city effectively.

According to Malta Today, Ahnish and Farag were also charged with threatening the two men and breaching the peace. Farag alone was accused of carrying a knife in public without police permission.

“Lawyers Arthur Azzopardi and Gianluca De Marco appearing separately as parte civile for the victims told the court that their clients had withdrawn their criminal complaints and were waiving their rights insofar as possible. The court was unable to proceed on the charges of having caused slight injury and threatening the men as both of these require a complaint by the injured party. Azzopardi, appearing for Nassradin, presented the court with a waiver that Nassradin had given to the police. His client had been spoken to by police as a victim and could not therefore testify, he submitted.Inspector Jonathan Ransley told the court that the prosecution wished to prevent this from happening again and avoid importing conflicts form other Arab countries.” Malta Today reported from the file of the case.

It also explained that the accused men admitted to breaching the peace. Farag also admitted the knife charge.The defense requested the court order a ban on the publication of the name of al-Harati due to expected repercussions in Tripoli, but this request was turned down. Finding the men guilty of breaching the peace, it fined Ahnish €50. Farag was fined €30 for the breach of the peace, together with €116.47 for the knife charge.