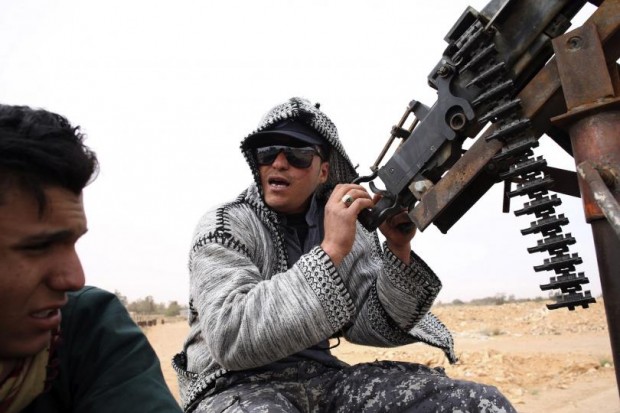 The French government is eyeing possible military action against the operations of the Islamic State group, also known as ISIS, in Libya in the first half of 2016. The country is seeking to form a coalition with European allies to assist in its military push, local newspaper Le Figaro reported Wednesday, citing people close to the defense ministry’s entourage.

The United Nations had stitched together a fragile deal between warring Libyan factions to form a unity government earlier in December. While France continues to support the U.N.-backed deal, the French army is also setting up a provisional military action plan, Le Figaro reported.

Italy has already agreed to support the proposed coalition, the newspaper said, while France tries to rope in the U.K., Gulf States and North African countries, including Algeria, Tunisia and Egypt.

Around 3,000 ISIS fighters are currently operating in Libya. ISIS militants have exploited the power vacuum left in Libya after the fall of Moammar Gadhafi in 2011 by seizing the central city of Sirte. This year the extremists have attacked a hotel and a prison in the Libyan capital Tripoli, ransacked oil fields and executed 21 Egyptian Christians on a Libyan beach.

Earlier this month, French Defense Minister Jean-Yves Le Drian said that the Sunni militant group was eyeing Libyan oil as it spreads from its stronghold in Sirte to deeper within the North African nation.

According to media reports, the international community hopes to unify Libya’s warring factions so as to build and train a national army to contain ISIS’ rising influence in the region.

For: France gasps to initiate military action in Libya