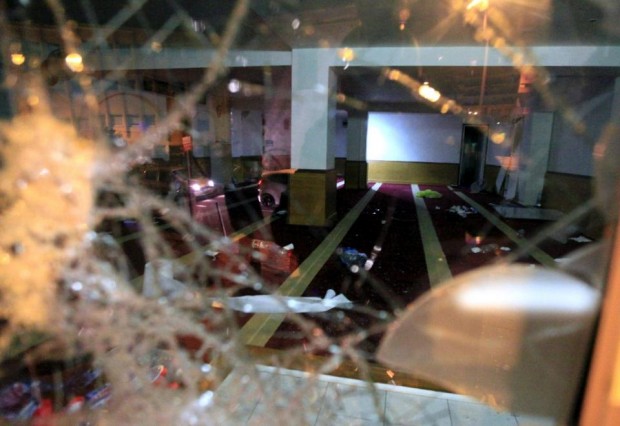 A crowd has attacked a Muslim prayer hall on the French island of Corsica on Christmas Day.

Around 150 people gathered in the island’s capital Ajaccio after firefighters were attacked while responding to an emergency call from a deprived district of the city.

The crowd ostensibly assembled to show support for the ambushed firefighters, but some people present began attacking a nearby Muslim prayer hall.

Windows were broken at the prayer hall and some of the mob were reported to have attempted to burn copies of the Koran found in the building.

The AFP news agency reports that the crowd shouted racist slogans, including “Arabs get out”.

French PM Manuel Valls said the break-in was “an unacceptable desecration” while interior minister Bernard Cazeneuve said the people who had attacked the firefighters on Thursday night would be identified and arrested.

He added that there was no place for “racism or xenophobia” in France.

The ambush on the firefighters is said to have been carried out by “hooded youths”.

France earlier this month saw the far-right Front National win the first round of its regional elections.

The party was however largely defeated in a second round of run-off voting after widespread tactical voting by supporters of other parties.