Friends‬ Fans fooled once by a switch of Rachel’s Character 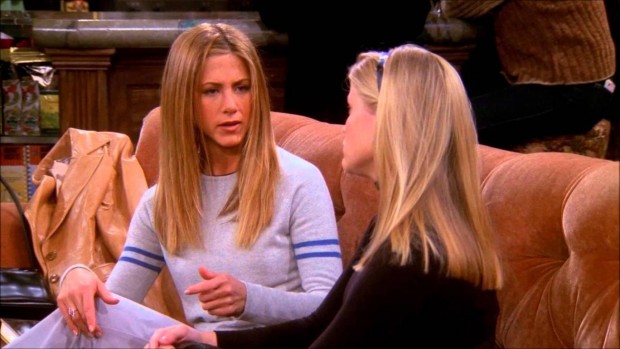 After all these years and so many re-reruns, mistakes and Easter eggs are still being spotted in Friends – and the latest is a humdinger.

During season 9 episode 15 ‘The One With The Mugging’, Jennifer Aniston was replaced with a stand-in while her character Rachel was still in shot, and the understudy (?!) wasn’t even wearing the same outfit.

The error was spotted by fan Jordan D’Amico (more than a decade after the show finished) during a binge-viewing. 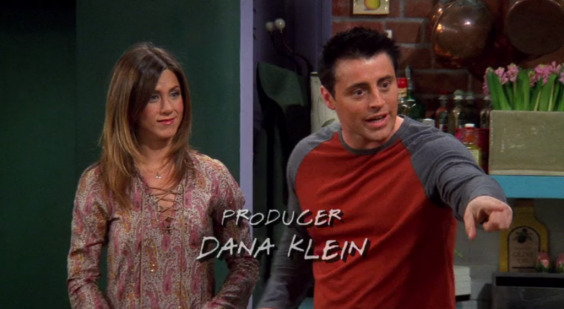 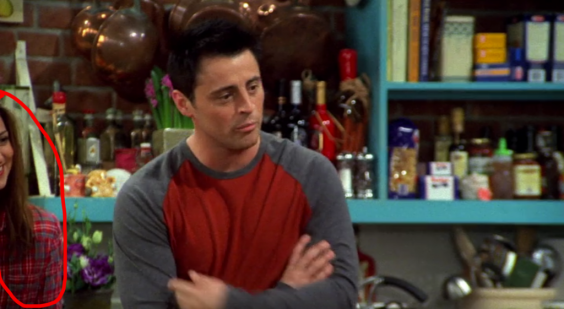 “Only a few minutes into the episode, an enthusiastic Rachel rushes into Monica’s apartment to tell Joey that he got an audition with the famous and fictional actor, Leonard Hayes, played by Jeff Goldblum,” he wrote on RecentlyHeard.

“The three friends admit to admiring the actor for his cell phone commercials in which he starred opposite a monkey.

“Monica zealously posits that perhaps the monkey will be at the audition. Joey reacts by saying, “Don’t make me more nervous than I already am!” and goes to sit back down.

It’s apparently not the first time in the show this happened either:

This continuity error threatens to prove more irksome to fans than all the other Friends mysteries. We’ve reached out to the creators to find out what happened.

For: Friends‬ Fans fooled once by a switch of Rachel’s Character