From Doha to Auckland, longest flight in the world 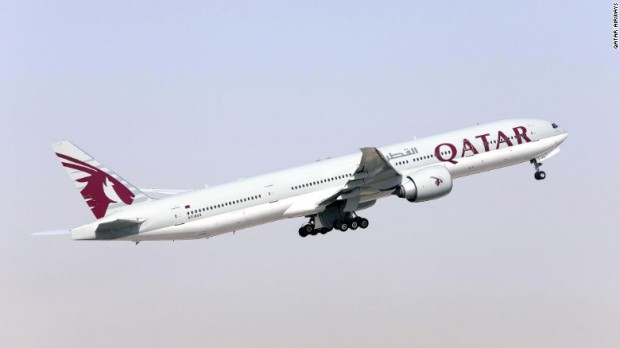 A whopping 18½-hour journey between Doha, Qatar, and Auckland, New Zealand, is poised to become the world’s longest direct flight if Qatar Airways follows through with plans for the new route.

Boeing 777-LR aircraft would be used to make the trip, Bloomberg Business reported. The aircraft can carry 259 passengers.

No word yet on when the airline might start the service.

Currently, the world’s longest flight is operated by Qantas between Dallas-Fort Worth and Sydney, according to statistics portal Statista.com.

Setting records for flight distance or duration is a moving target. Emirates Airline is set to eclipse current frontrunner Qantas in the spring, when it launches a route from Dubai to Panama City, Panama, that would last 17 hours and 35 minutes.

And Singapore Airlines, which held the record for the longest nonstop flight until 2013, has considered taking the title back with possible resumption of its nearly 19-hour flights between New York and Singapore.

For: From Doha to Auckland, longest flight in the world