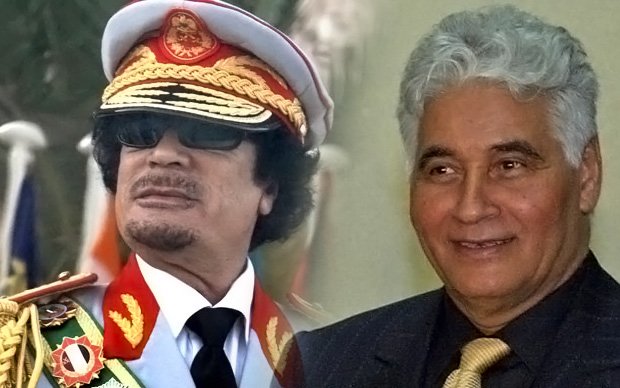 Three former henchmen loyal to deceased Muamar Gaddafi have been found living in Britain after thy have been accused of fleeing Libya with millions of pounds in state assets following Gaddafi’s ouster from power in 2011.

The three Gaddafi loyalists have been given safe haven in the UK despite being accused of laundering their fortunes through British banks and property deals, BuzFeed News reported on Tuesday.

Those henchmen were named as, General Ahmed Mahmoud Azzuwai, who was in charge of Gaddafi’s missile stockpile, Brigadier Jumoua El-Maarfi who was a very loyal army commander to Gaddafi, and a third military man who remained unnamed.

“Azzuwai was found living in an affluent part of Surrey and Elmaarfi at a large house in south west London.” BuzFeed News reported.

The website added that it tracked down another henchmen as part of their investigation but then said he had obtained a gagging order from the High Court in Britain and cannot be named for legal reasons.

Libyan investigators claim that the three former officials are among scores of regime figures suspected of hiding stolen assets worth a total of $10billion in Britain. They say UK authorities have failed to help them investigate, and instead granted Elmaarfi and Azwai political asylum.

One of the three, Elmaarfi, faced allegations of having fled Libya with a fortune of at least £14 million, but he denied this and any other wrongdoing when interviewed, the website elaborated.

“Azwai denied stealing from the state before shutting the door of his home.” BuzzFeed News exclaimed.

Documents obtained by BuzzFeed News revealed that the Libyan Transitional Government wrote to Britain’s Serious Organised Crime Agency in 2012 asking for assistance in recovering money allegedly ‘obtained through corrupt or illegal means’ by 240 former regime figures. And of course, the three men found in Britain were said to have been included on this list. The letter also warned that some of the money had been hidden in the UK.

‘We do not routinely confirm or deny specific operational activity, nor discuss the details of engagement with partners. However, this engagement is clearly going to be more difficult in areas of conflict or political instability.’ Said the spokesman.

For: Gaddafi’s henchmen living in Britain stole millions from Libya