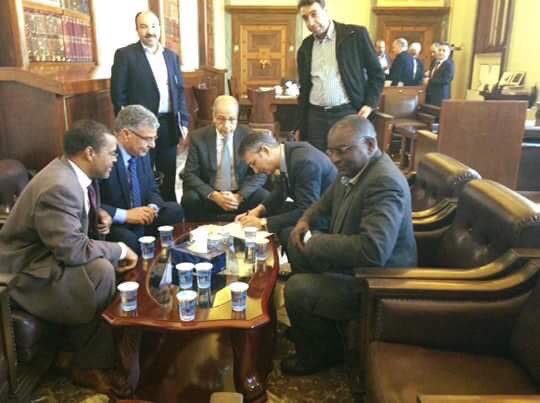 The CEO of the General Electricity Company of Libya (GECOL) Abdulmajid Hamza, said they have agreed with the Turkish company ENKA İnşaat ve Sanayi A.Ş. to resume work in the gas power station in Ubari, in southern Libya.

“The company will start work in Ubari with the beginning of February.” Hamza said, adding that the meeting, which was attended by Enka’s director manager and the Governor of the Central Bank of Libya, Al-Sidiq Al-Kabir, as well as a number of mayors from the south and Libyan Airlines’ representatives, discussed ending the obstacles that face GECOL regarding resuming work in Ubari’s power plant.

Due to security issues in the southern region and Ubari in particular, the Enka workers left the power plant unfinished, and this new deal aims at finishing their job as per the contract.

Founded in 1957, ENKA İnşaat ve Sanayi A.Ş. (ENKA) is a global engineering and construction firm headquartered in Istanbul, Turkey. Being a holding company, ENKA provides services through its subsidiaries in many countries around the world.