Germany, Italy to set up mission on Libyan borders to stem migrants flow 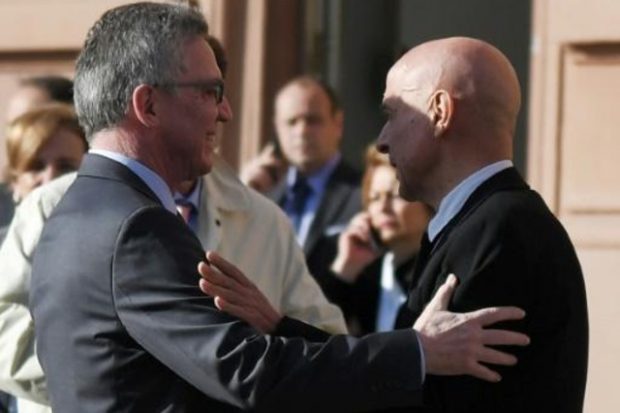 German newspaper Welt am Sonntag reported on Sunday (14 May) that the German interior minister, Thomas de Maiziere, and his Italian counterpart, Marco Minniti, want the mission set up between Libya and Niger.

The ministers sent a joint-letter last week to the European Commission, saying that an EU mission at the border between the two nations was needed “as soon as possible.”
“The first months of this year have shown that our efforts up to this point have been insufficient. We must prevent hundreds of thousands of people who are in the hands of smugglers from risking their lives in Libya and the Mediterranean,” the letter states, according to EUobserver .

The letter, also seen by the French news agency AFP, says greater development and local support is needed for people living along the border. It also calls for “technical and financial support” to Libyan authorities, EUobserver indicated.

Abdulsalam Kajman, the vice president of the UN and EU-backed government seated in Tripoli, had also told Italy’s Corriere della Sera newspaper on Sunday that Libya was willing to launch patrols with the help of other countries.

“If we don’t resolve southern Libya’s problems, we will not resolve the migrant issue,” he said. Kajman added that Italy was prepared to help train a new patrol guard for the task.
The plans are part of a broader effort to prevent people from leaving Libya on boats towards the EU and crack down on migrant smugglers, EUobserver explained.

The exodus from the coast has increased by over 44 percent – when compared to the same period last year – with some 45,000 people having disembarked between January and mid-May so far, EUobserver wrote.

Another 1,200 have died in the attempt, according to figures provided by the Geneva-based International Organisation for Migration (IOM). The proposals come amidst another large rescue effort over the weekend. Some 484 people were plucked from boats in the Mediterranean on Saturday, EUobserver reported.

The EU is already training the Libyan coast guard to rescue people inside the territory. But the plan has generated controversy given that those rescued are sent to any number of militia-run detention facilities within the country, EUobserver added.

For: Germany, Italy to set up mission on Libyan borders to stem migrants flow