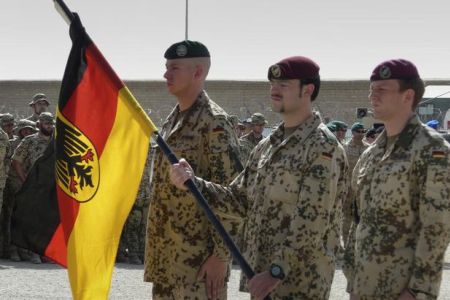 The German military is preparing to send more troops who will operate early-warning defense planes to support NATO ally Turkey in order to contribute to the protection of the country’s airspace from possible threats from neighboring Syria.

In a letter to the Bundestag, the lower house of parliament, the German foreign affairs and defense ministries said NATO’s Airborne Early Warning and Control System (AWACS) planes would temporarily be moved to the Central Anatolian province of Konya, the German Sunday newspaper, Bild am Sonntag, reported on Dec. 27.

“A temporary relocation of Boeing E-3 Sentry aircraft is planned from [the German] Geilenkirchen base to the Konya airbase in Turkey,” the letter read.

Meanwhile, a spokesman for the Germany Defense Ministry, whose name was not mentioned in reports, said, “Since Germany provides 30 percent of all personnel, our armed forces will clearly also be affected by the move.”

However, it was not specified how many German soldiers might be sent to Turkey.

The memo also pointed out that the Bundestag was not required to sign off on the operation as it was not part of a combat mission. It specified that the Islamic State of Iraq and the Levant (ISIL) did not have any known air defenses of its own and that there were no indications that other parties involved in the conflict, such as Syria and Russia, would use their air forces against NATO member Turkey.

For: Germany planning to send troops to Turkey