Germany shuts down its embassy in Ankara upon “threats” 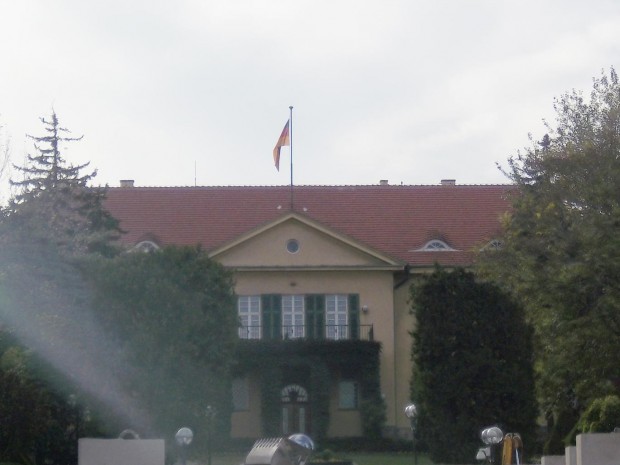 Germany has closed its embassy in Ankara and its general consulate in Istanbul because of the threat of a possible imminent attack, the foreign ministry has said.

The ministry said the German school in Istanbul has also been shut due to an “unconfirmed warning”.

The consulate said in an email seen by Die Welle that the facilities had been shut as a precaution but warned German citizens to stay away from the areas.

On Tuesday, Germany had issued an alert to its citizens in Ankara warning of an “imminent attack”.

It comes as a car bomb attack killed 37 people and injured at least 125 more in the capital on Sunday.

The Kurdish militant group TAK claimed responsiblity for the deadly suicide attack in which two of its own were killed.

The group said the attack had been aimed at security forces and they did not mean to kill civilians.

Ankara has now been hit by three bombings in a space of five months, ratcheting up security fears across the city and Turkey.

In a statement posted online, the group described the car bombing, which occurred on Sunday, as revenge for security operations in the mainly Kurdish southeast that have been under way since July, in which hundreds of civilians, security forces and militants have been killed.

The Turkish armed forces carried out air strikes against Kurdish rebel strongholds in northern Iraq hours after the attack.

The state run Anadolu news agency said nine F-16s and two F-4 jets raided 18 positions of the Kurdistan Workers’ Party, or PKK, including the Qandil mountains where the group’s leadership is based.

Police detained at least 11 people in connection with the attack on Monday.

For: Germany shuts down its embassy in Ankara upon “threats”