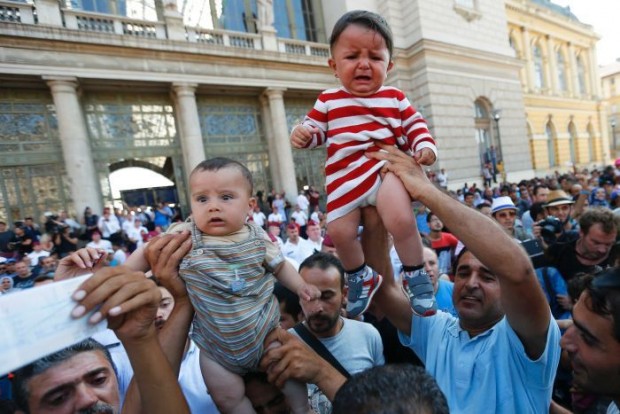 Monthly arrivals for all of December reached an estimated 125,000 with 117,000 registered by December 29, said the Saechsische Zeitung regional daily.

The December arrivals actually represented a slowdown after 206,000 new asylum requests were registered in November, 181,000 in October and 164,000 in September.

German Chancellor Angela Merkel has won both praise and criticism for her decision in September to open Germany to a record wave of refugees, about half from war-torn Syria.

Faced with opposition in her conservative camp and popular concerns about an influx greater than one percent of the national population of 80 million, she has vowed steps to reduce numbers next year.

Her plan involves an EU deal with gateway country Turkey to better protect its borders, heightened security for the external frontiers of the 28-member union, and convincing other members of the bloc to take in more refugees, so far with little success.