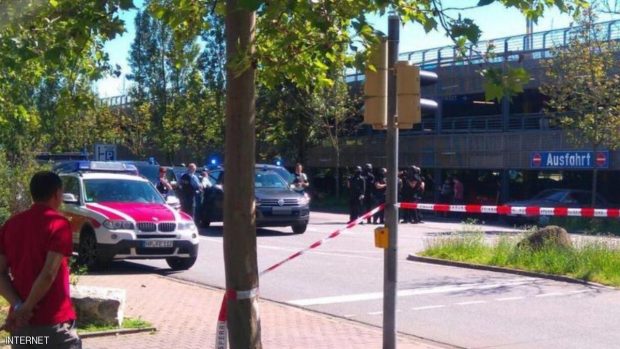 An attack at a cinema in Viernheim, Germany, has left at least 25 people injured, German public TV reported Thursday.

The suspect entered the cinema, apparently heavily armed, around 3 p.m. local time, authorities said. The attacker has been killed, a state interior minister told a local newspaper, according to Reuters.

It’s not clear if any of the injured were shot, or were injured in other ways. Police said they won’t release any more details until the operation is over.

The cinema is part of a major shopping center, home to more than 100 businesses. The complex hosts 20,000 visitors daily, according to its website. Viernheim is in western Germany, near Frankfurt.

While the motive for Thursday’s attack remains unclear, police have repeatedly warned that Germany could be a target by ISIS.

For: Gunman killed after he opened fire on a cinema in Germany leaving 50 injuries