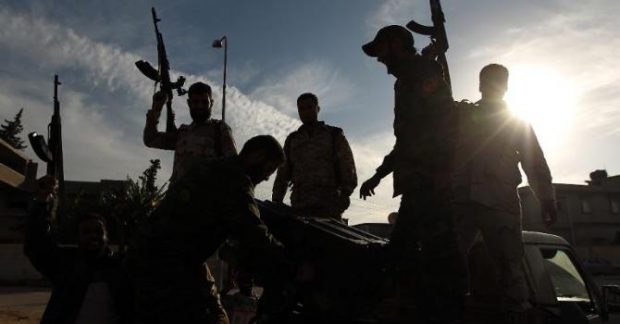 Dignity Operation (Karama) forces have recaptured key areas in the city of Benghazi, building on earlier advances during weeks of clashes with the Benghazi Shura Council fighters in the city, according to Reuters.

Reuters reported Milad al-Zawie, a spokesman for the Dignity forces as saying that troops allied with the Tobruk-based HoR in eastern Libya took control of a cement factory and cemetery in El Hawari district,

The troops also took a camp behind Garyounis university, which they captured on Sunday, Zawie said. Five soldiers were killed and nine wounded in the Benghazi fighting, he said.

The university has been one of the most bitterly contested sites in the city since the eastern military commander, Khalifa Haftar, launched his Dignity Operation (Karama) campaign against the Shura Council fighters in the city in May 2014.

Benghazi itself has seen some of the heaviest fighting in the conflict that has engulfed Libya after the 2011 overthrow of Muammar Gaddafi.

For: Haftar forces claim advances as fight in Benghazi intensifies