Haftar tells off Kobler for “meddling” in Libya’s affairs 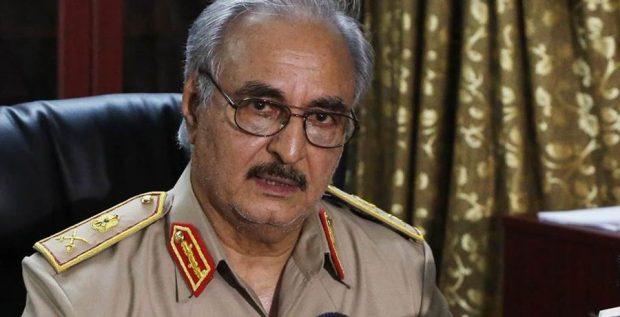 The rebuke came in an interview with Egypt’s state-run daily Al-Ahram, Published Monday.

Khalifa Haftar says “Kobler is meddling in very sensitive issues” after he allegedly sought to set up a meeting of the two “to discuss the makeup of the Libyan army.”

Haftar also stated that the Libyan capital of Tripoli, where the U.N.-brokered Government of National Accord is seated, has been “hijacked” by armed gangs.

The Tobruk-based House of Representatives doesn’t recognize the U.N.-backed GNA.

For: Haftar tells off Kobler for “meddling” in Libya’s affairs