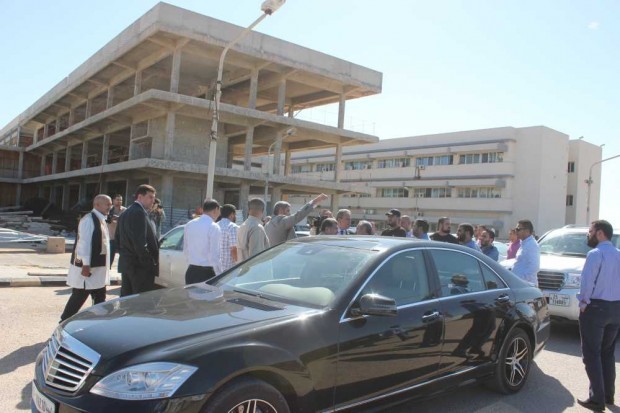 Deputy Minister of Health, Khalid Al-Taleb, and Head of Crisis Committee for Zliten explosion, Fauzi Wanees, held joint press conference to hail the efforts of all those who contributed to the assistance of the injured recruits.

Deputy Al-Taleb said that the Crisis Committee is in constant contact with the Health Ministry regarding the conditions of the wounded and that a work team was appointed and ordered to transfer the serious injuries abroad.

“83 wounded patients were transferred outside Libya, 56 to Tunisia, 9 to Turkey, 15 to Italy and 2 to Malta, in addition to the patients that are still in domestic hospitals, in Misrata, Zliten, and Tripoli.” Al-Taleb said.

The Head of the Crisis Committee also confirmed that they are trying to nationalise the medical treatment and rely on the help of foreign countries to provide help to make it happen promising that there will be a new center in Al-Zawiya Street Hospital specialised in serious injuries.