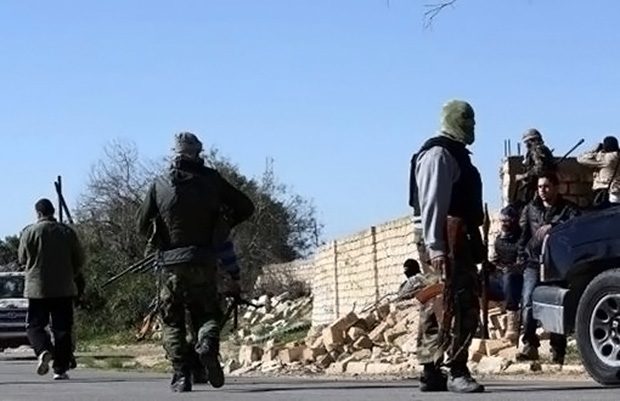 Heavy clashes had erupted in Oqba district in Sorman city after the Tripoli-based Special Deterrence Force attempted to storm the location of one of Sorman gangsters, who is charged with a number of abductions and extortion.

“Gangster Zayed had a number of gunmen with him and they clashed with the forces.” Said the sources, adding that the Special Deterrence Force used the help of some Sorman revolutionaries like Adel Al-Ogbi, who went to talk the gang down.

“Reports say Al-Ogbi got arrested by the gang and talks are underway to get him out.” Unconfirmed sources told Press Solidarity.

One of the revolutionary brigades’ forces was killed and another from Oqba district was also killed, while a civilian was injured as clashes are still going on.