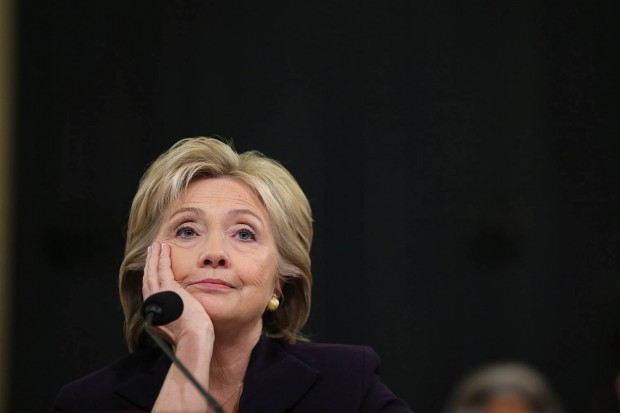 The 2016 presidential campaign is finishing its 2015 warm-up with a burst of last-minute energy that caps a wild and unpredictable year. A year ago, political junkies were eagerly watching the 2012 GOP nominee, Mitt Romney, for signs that he might make yet another run at the White House; talking about the familiarity of a possible general election race between Jeb Bush and Hillary Clinton; and wondering how anything would get done in the standoff between President Obama and the Republican-led Congress.

While not all of that conventional wisdom predicted a year ago has fallen by the wayside, there was no shortage of political surprises in 2015. Here are six of the most notable:

The Crash and Burn of Scott Walker

Before Wisconsin Gov. Scott Walker entered the presidential race, he was touted as the candidate who had it all. He took on the unions — and won — in the state where organized labor was born. He won three statewide elections in four years in races that attracted national donors and gave him a broad fundraising network. Finally, he appealed to all lanes of the Republican Party — the establishment, the religious conservatives and the tea party movement.

Walker rose to the top of the polls before he even entered the race. But his campaign fell quickly — and hard. About two months after he formally announced his candidacy for the Republican nomination, Walker called it quits. The move was abrupt, and it shocked political pundits who had no idea how bad his financial situation was and how flawed of a candidate he was — both behind the scenes and in front of the cameras.

Democratic activists wanted a progressive alternative to Hillary Clinton. They urged Mass. Sen. Elizabeth Warren to run. She repeatedly refused to jump in the race, leaving the activists searching for someone they could support. That’s when Independent Vermont Sen. Bernie Sanders started to explore a run.

Sanders, who describes himself as a socialist, started drawing big crowds, including several thousand people at rally where Sanders and his staff had expected a few hundred.

While Clinton is comfortably ahead in national polls, Sanders has polled close to her. He has even beat her in some polls, such as in New Hampshire, which neighbors Vermont. Sanders has also attracted the support of the progressive bloc of Iowa caucus-goers who helped hand then-Sen. Barack Obama a win in 2008.

The Ascendance of Paul Ryan

The first surprise of one of the year’s key political soap operas was John Boehner’s abrupt resignation after a visit from Pope Francis to Capitol Hill. His anointed replacement, House Republican Leader Kevin McCarthy, withdrew his name from the race to be the next Speaker of the House because he was unable to coalesce the caucus around him.

With no obvious replacement stepping up, Rep. Paul Ryan, who had no previously declared interest in being Speaker of the House, was peer pressured to do it. After more than a week of contemplating the encouragement he received from most in his caucus, Ryan acquiesced — but with conditions. After making clear that he wants to spend the weekends at home with his young family and that he would only agree to the position if Republicans united around him, the one-time VP nominee agreed. And the rest is history.

The Decline of Campaign Ads

Trump has spent only $217,000 in ads and has been polling at the top of the pack. Meanwhile, Bush and the super PAC supporting him has spent $35.6 million in television and radio ads and polling in the mid-single digits, seeing no change after the ads aired. It could be the least effective advertising campaign in presidential history.

An ongoing theme in the presidential race is Democratic presidential candidate Hillary Clinton’s emails, an issue that has weighed down her candidacy and fed the perception that she is dishonest and trustworthy.

In the spring, it was revealed that as secretary of state, Clinton used her own private email account instead of a government-issued address. The story spiraled from there, and more became known — including that she used her own private server housed in her New York home.

That prompted questions about the security of Clinton’s communications and if classified material was sent from her account.

In addition, in her explanation, Clinton said she deleted more than half — 32,000 of 62,00 — emails that were of personal nature. The FBI is trying to retrieve the deleted emails while the State Department is releasing the rest.

The story has dragged on for months as the State Department releases a new batch of her emails every month, resulting in reporters and Clinton’s opponents pouring through the emails to find any evidence of wrongdoing and to get more insight into what took place under Clinton at the State Department.

The rise of Donald Trump is the most obvious shocking political story of the year.

After speculating multiple times that he would run for president in previous cycles, few people thought he would jump in the race and that he was only trying promote his television show “The Apprentice.”

When he actually announced from the Trump Towers in New York, most thought he would drop out before he had to disclose reams of details about his wealth in required financial disclosure statements for presidential candidates.

When he called Mexicans criminals and rapists, most thought he wouldn’t survive the week in the presidential race.

When he fought with Fox News Host Megyn Kelly in a patronizing and sexist way, Donald Trump was surely toast.

When he said John McCain was not a war hero, his support would wane.

When he called for banning all Muslims from entering the U.S. — again, Trump’s candidacy would be over.

Instead, Trump continues to lead the GOP field in most national and state polls heading into what promises to be a 2016 campaign year filled with even more surprises.

For: Here’s the six biggest political surprises of 2015