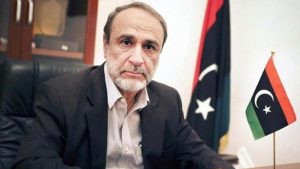 In a presser on Wednesday, the High Council of State (HCS) called on the Presidential Council to immediately resume nominating new cabinet and to announce it after discussion with the HCS and the members of the pro-political-agreement Tobruck-based House of Representatives.

The HCS also urged the Presidential Council to continue assuming its post as the Commander in Chief of the Libyan Army and to swiftly bring order to the military institutions in the country.

It also told the PC to mobilize all the troops under the command of the General Staff and the Defense Ministry of the Government of National Accord to secure the cities and districts within their authority, especially the capital, Tripoli.

“We refuse to bear with the continuity of the military escalation by the so-called Dignity Operation, which is constantly appointing military governors in the position of the democratically-elected mayors.” The HCS explained in the press conference.

The HCS also condemned the support given by the Speaker of Tobruk-based HoR, Aqilah Saleh, and a number of HoR members, who are covering up for the policies of the coup that was announced in May 2014 – even before the HoR elections, pointing out that those members and Saleh have been impeding the implementation of the political agreement, which was recently coupled with their refusal of the cabinet presented by the PC for the second time.