Hillary Clinton claims the US lost no nationals in Libya, again 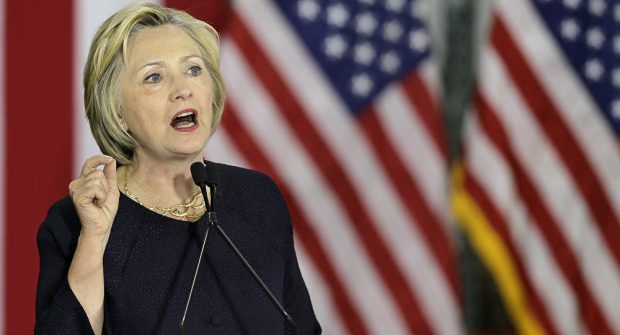 During NBC’s Commander in Chief forum Wednesday, as Hillary Clinton defended her decisions regarding military intervention she claimed no Americans died in Libya.

She must have forgotten the four Americans who died during a terror attack on a U.S. consulate in Benghazi, Libya in 2012 when she said this (emphasis added): “With respect to Libya, again. . . I put together a coalition that included NATO, included the Arab league, and we were able to save lives. We did not lose a single American in that action.”

“I think taking that action was the right decision,” she continued. “Not taking it and permitting there to be an ongoing civil war in Libya would have been as dangerous and threatening as what we are now seeing in Syria.”

False. Clinton ignored nearly 600 requests for additional security and concerns about the safety of the consulate from U.S. ambassador Chris Stevens, who was later killed in Benghazi.

House Republicans investigating Clinton’s Benghazi decisions say she pushed for Americans to stay there even though other countries’ diplomats had fled due to an increasingly hostile environment. They say Clinton did so because Libya was to be her signature achievement as secretary, and she jeopardized American lives in a failed attempt to hold it.

This isn’t the first time Hillary Clinton has said something totally insane about Libya. During a Democratic townhall in March, she again claimed that “we didn’t lose a single person” in Libya.

She has also tried to depict American involvement in Libya as a mission that has brought democracy and stability to the region. After the Benghazi attack, the situation in Libya has spiraled out of control. The country is now a stronghold for ISIS, and fighters belonging to the terror group have been spilling over into neighboring Tunisia.

For: Hillary Clinton claims the US lost no nationals in Libya, again