Houston attacker killed by police after he injured nine 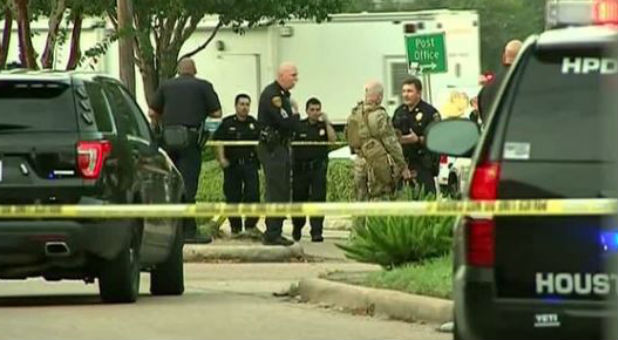 Nine people have been injured in a shooting outside a shopping centre in Houston in the US state of Texas, one of them critically.

The suspect, who was shot dead by police, has not been identified.

Officials say he was a disgruntled lawyer who fired randomly at drivers.

Numerous weapons were found in what is believed to be the suspect’s car, Houston’s acting police chief said, adding there were no indications of anyone else being involved.

Police say they are also investigating the gunman’s apartment and his social media accounts to try and establish a motive.

Active shooter at Weslayan & Bissonnet has been shot by our officers; no reports of other suspects at this time #hounews

“The motivation appears to be a lawyer whose relationship with his law firm went bad,”, Houston Mayor Sylvester Turner told reporters.

Six victims were taken to hospital, and three were treated at the scene after being shot at while inside their cars, the city’s acting Police Chief Martha Montalvo said. One of the victims is in a critical condition.

For: Houston attacker killed by police after he injured nine