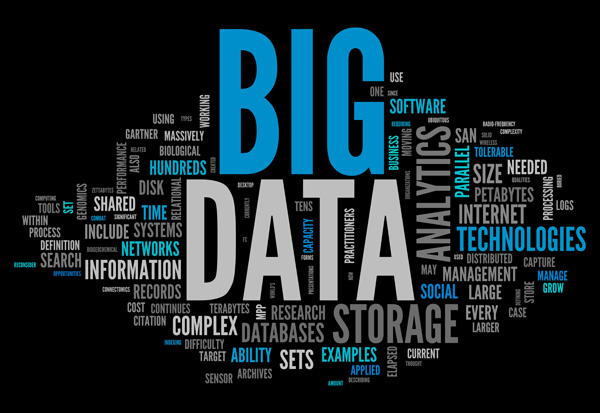 It wasn’t long ago that it was a common belief that the internet was killing the music industry. For many years the industry failed to keep pace with technology – meaning consumers turned in droves to illegal downloading for the sake of price and convenience. The early solutions offered by music companies, as well as the first tech companies which attempted to move into the vacuum such as Apple with iTunes, enjoyed some success but were always hampered by issues around digital rights management and device compatibility.

Streaming services came next, and finally offered a solution with the potential to overcome both of the main advantages of illegal downloading – price, as services such as Spotify and Youtube are free (to some extent) and convenience – as tunes can be immediately streamed to any device at any time.

So technology and music are bedfellows again – though the fat cat record company execs smoking fat cigars have been replaced by coffee-sipping tech whiz kids. And Big Data and analytics have played a big part in this reinvigorated romance. From recommendation engines designed to choose the perfect individual playlist, to Internet of Things enabled pop concerts, data is redefining the dynamics of the music industry, as well as the relationship between listeners and music, in ever more creative ways.

In the past, the record industry had relatively little way of understanding who was buying their LPs, cassettes or CDs. Downloading allowed them to begin tracking listening habits and making recommendations in the same way that Amazon does for books. With the current streaming model, however, the floodgates are open, with detailed information about when, how and where we are listening all up for grabs.

The industry’s aim now is to combine this deeper understanding of its customers with the deeper understanding of the music itself, which Big Data has also made possible. Raw music is essentially unstructured data but because it is easily digitized, it can be quantified and analyzed. Since 1999, the Musical Genome Project has been structuring music data by manual classification as well as automated algorithms. Up to 450 data points are collected on every song in its database – currently around 30 million. These include factors such as the gender of the vocalist, the instruments in use, the speed of the rhythm and the style of backing vocals. Each track is studied by a specially trained musicians, much the same way as Netflix employs people to watch films and classify their content. By structuring the unstructured data of raw music, tracks can be compared with each other and judgements made, algorithmically, about what a user might want to listen to next. The Music Genome Project was developed by Pandora Media, and it powers their Pandora streaming music service.

Popular as Pandora is, just this year it has been knocked from the top of the streaming charts by its long term rival Spotify, which has its own data-driven plans for world domination. Last year it acquired MIT Media Lab spinout The Echo Nest. This technology performs a similar task of classifying music but is far more automated. As well as using algorithms to analyze and classify music, it crawls the web to find data on artists and recordings to include in its analytics.

In the music industry predicting the future is all-important, and this operates on all scales – from deciding what an individual user of a streaming service wants next in their playlist, to discovering the next Gangnam Style. And recently it has been shown that Big Data has the ability to do just that. Researchers at the University of Antwerp showed that they were able to create an algorithm that was able to predict, relatively accurately, the position that dance records would chart at in the Billboard Dance Singles chart. By analyzing all of the records which made the chart from 1985 to 2014, it was able to predict that every record which made the 2015 top 10 had at least a 65% chance of doing so. In the case of seven of the top 10, it was 70% certain that they would make the grade.

The Internet of Things could be finding its place in pop music, too. This year, attendees at Taylor Swift’s world tour concerts were provided with LED bracelets controlled through RFID technology that change color and pulse in time with the music. With the music industry relying on live music performances for a growing chunk of its revenue we can expect increasingly creative ways to create new experiences for live audiences.

It’s true that there are ongoing concerns about the streaming model of music distribution – both in terms of royalties paid to artists and whether they will generate money in the long term. However by doubling its subscriber base in the last two years from 10 million to 20 million Spotify has proven the popularity of the model, if not yet the profitability. If it doesn’t, then perhaps rival Apple, who this year launched their own streaming music service (heavily featuring Taylor Swift), will.

The music industry has undoubtedly changed to the point it is barely recognizable from that of just 20 or so years ago. The internet has made it easier for unknown artists to gather a fanbase and get their music heard, with many even taking advantage of crowdfunding platforms such as Indiegogo or Patreon to make their money. It is likely to change even more in the next 20, and data analytics is likely to continue to be a driving force behind that change.

For: How Big Data Analytics Affecting The Music Industry