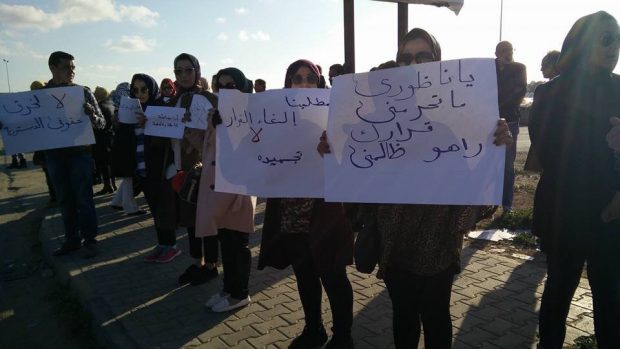 Human Rights Watch has urged Libyan officials in the east, especially the eastern military governor Abdelrazik Al-Nadori, to immediately repeal the new travel ban on men and women between the ages of 18 and 45 which obliges them to obtain security permits before travel.

Human Rights Watch said that while governments have the authority to restrict travel on an individual basis based on narrow and appealable grounds laid out in law, al-Nadori’s order, by its sweeping nature targeting all would-be travelers of a certain age, gravely undermines the right enshrined in international law that entitles everyone to leave any country, including their own, and to return to their country.

The Eastern Governor of Libya appointed by the House of Representatives, Abdelrazik Al-Nadori, issued a new travel ban after scraping the under-60 women ban on last Wednesday.

The new ban disallows Libyans – men and women – from traveling abroad without prior security permits that they should obtain from intelligence and military departments in the east.

The ban is this time on men and women between 18 and 45 years old, according to the statement issued by Al-Nadori on Thursday.

He said that ban is prompted by national security issues as the men and women in those ages would pose a threat to Libya when they travel unguarded.

“We fear those citizens would join terrorist groups, we need to protect them when they travel abroad.” Al-Nadori’s ban says.

The views expressed in Op-Ed pieces are those of the author and do not purport to reflect the opinions or views of Libyan Express.
How to submit an Op-Ed: Libyan Express accepts opinion articles on a wide range of topics. Submissions may be sent to oped@libyanexpress.com. Please include ‘Op-Ed’ in the subject line.
Human Rights WatchLibya
Share
Submit a Correction
Sign up for our Newsletter.