Hundreds escape Mosul as battle against IS intensifies 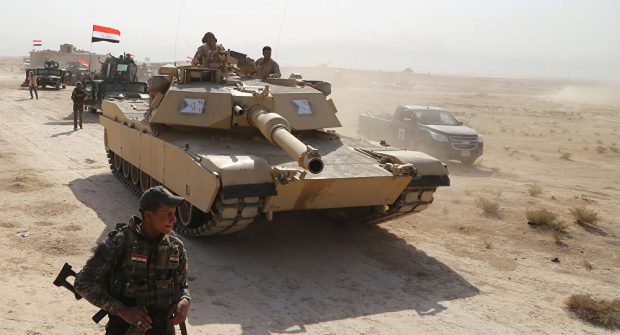 Some 900 people have fled the Iraqi city of Mosul and crossed the border into Syria, the UN refugee agency says.

This is the first large group of civilians confirmed to have escaped since the Iraqi government began its offensive to liberate Mosul from the so-called Islamic State (IS) on Monday.

There are fears the militants will use the civilians as human shields as Iraqi forces get closer to Mosul.

A spokeswoman for the Office of UN High Commissioner for Refugees (UNHCR) said that more than 900 people from Mosul had crossed the border into Syria and were now at a refugee camp.

She said it was likely the agency would use the camp as a staging-post before moving back across the border to a safe location in Iraq, the BBC’s Richard Galpin reports.

The movement of a significant number of people indicates that IS militants are not able to stop everyone leaving, our correspondent notes.

It will also raise questions about whether some fighters might try to use the same route to flee, he adds.

For: Hundreds escape Mosul as battle against IS intensifies