Imam and his assistant shot dead in a New York mosque 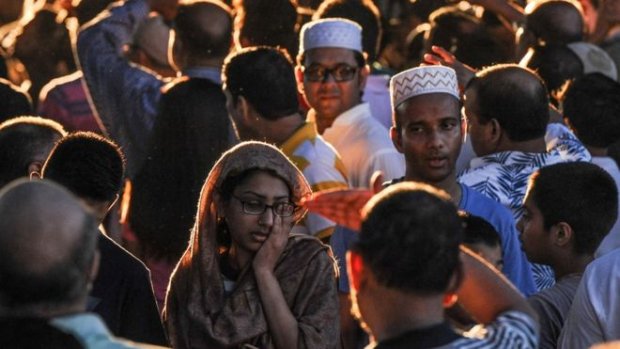 An imam and a second man were killed after a gunman opened fire close to a New York mosque. Local residents claimed it was a targeted shooting and reports said police were investigating it as a possible hate crime.

The New York Daily News said that gunshots rang out at around 2pm on Saturday near the Al-Furqan Jame Masjid Mosque in Ozone Park, Queens, leaving both victims lying on the ground in their own blood just a block from the mosque. The identities of the two victims were not immediately made public. The imam, Maulana Akonjee, 55, and Thara Uddin, 64, were fatally injured, police said.

“People being shot in the head in broad daylight is unheard of,” said Millat Uddin, a 25-year resident of the neighborhood.

“Killing people brutally, like they’re an animal. We need justice … It seems like somebody has taken the law into their own hand.”

Tiffany Phillips, a spokeswoman for the New York Police Department, confirmed that two men in their 50’s were shot on a street in the Ozone Park section of Queens.

One of them was killed and the second was gravely wounded, but Ms Phillips declined to provide any more information about their identities. Police have yet to identify a suspect and the motive was still unknown, she told Reuters. Later, it was reported that the second man had also sucumbed to his injuries.

Donna Jag, 49, heard the shots and thought they were a car backfiring until she left her house to find a huge crowd of distraught people on the street.

“It was chaos,” she told the News. “I was nervous. The neighborhood is quiet, but now, it’s kind of scary, right at my doorstep in broad daylight.”

The neighborhood is a mix of residences and businesses, but people of different faiths have long gotten along peacefully, she said.

“We have Hindus and Muslims here, and we have no problems. This is really, really shocking,” she said.

Police said they were investigating whether the incident, initially reported as a robbery, was a hate crime. On Saturday evening, the gunman was still at large.

For: Imam and his assistant shot dead in a New York mosque