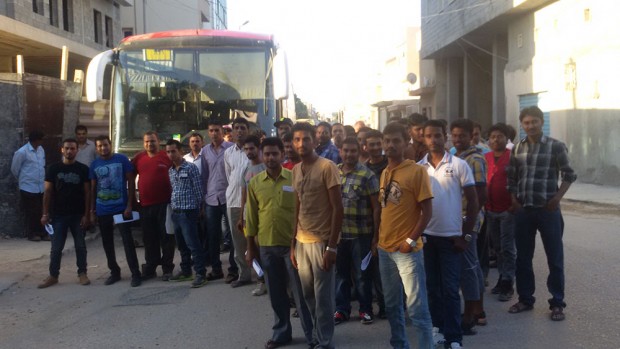 Amid the deteriorating situation in Libya, India is mulling to evacuate its nationals from there.

The development comes close on the heels of the death of a Kerala nurse and her child in western Libya.

The Hindu quoted an official at the Ministry of External Affairs (MEA) as saying that some 1,800 Indians are still living in Libya and the need to evacuate them may arise soon.

“The total number of Indians who have been staying in Libya despite advisories to leave the country is 1,800. But we are in touch with all Indian citizens and have logistics related information about them,” the official said, as per the newspaper.

The evacuation from Libya, meanwhile, is not going to be an easy task, the report said.

The Indian Embassy in Libya has been relocated from capital Tripoli and is currently functioning from Djerba in Tunisia with a skeleton staff.

Back in 2011, India had evacuated 15,000 nationals from Libya with the help of Air India and by using a naval warship.

In a similar evacuation, thousands of Indian nationals and foreigners were rescued by India from Yemen in April 2015.

For: India ponders evacuating its nationals from Libya