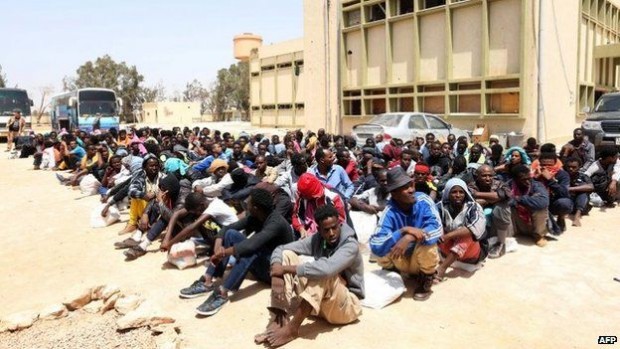 More migrants are leaving Libya after being abused, mostly by police and militias.

The International Organization for Migration reports it has helped thousands of people leave Libya to return to Burkina Faso, Gambia and Senegal, among other countries.

A few days ago, the group returned 117 migrants to Burkina Faso, including five women and two children.

Itayi Viriri is a spokesman for the group. He said the migrants told the IOM about poor treatment by militias and employers. He said many young men told the group they had worked for weeks without being paid.

He said the group has “examples of young men who were working in construction who, every time they got paid, they were raided.”

He said militias took the migrants’ money during the raids. He said the migrants had no place to report the crimes.

A recent United Nations report said government officials, armed groups and smugglers have violated the rights of migrants in Libya. Many migrants have been detained without charges for long periods and have been tortured, forced to work without pay, and have suffered other kinds of abuse, the report said.

Viriri told VOA that some African migrants reported being beaten and threatened with other forms of poor treatment.

He says there have been “a few cases where people were abducted with the expectation that ransom would be paid. So, here we have one young man who said if they are arrested in Libya or taken in by these militias, they are expected to pay” about $700.

For: IOM: migrants are leaving Libya abused, mostly by police and militias