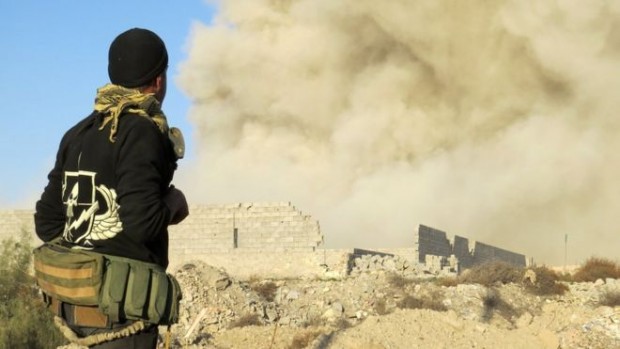 Iraqi forces have entered a former government compound in Ramadi, from where Islamic State (IS) group militants have been resisting an army offensive, sources have told the BBC.

The source said troops had entered one building and were planning to push cautiously through the rest of the huge compound amid fears of explosives.

IS militants are believed to have fled to the north-east of the city.

The government has been trying to retake Ramadi for weeks.

The mainly Sunni Arab city, about 55 miles (90km) west of Baghdad, fell to IS in May, and was seen as an embarrassing defeat for the army.

In recent days, troops have been picking their way through booby-trapped streets and buildings as they pushed towards the city centre, seizing several districts on the way.

They were reported to be within a few hundred yards of the former provincial administrative headquarters on Saturday.

When sniper fire from the compound stopped, and aerial surveillance detected no human activity, a group of Iraqi soldiers moved in, the source said.

They reportedly entered what used to be the city’s department of health, housing a blood bank.

The Iraqi military believes the militants have headed north-east; fighting meanwhile is reported to be under way to the south-west of the compound.

The operation to recapture Ramadi began in early November, but has made slow progress, mainly because the government chose not to use the powerful Shia-dominated paramilitary force that helped it regain the northern city of Tikrit, to avoid increasing sectarian tensions.

Concern remains for the plight of hundreds of families who have been trapped on the frontline, the BBC’s Thomas Fessy reports from Baghdad. 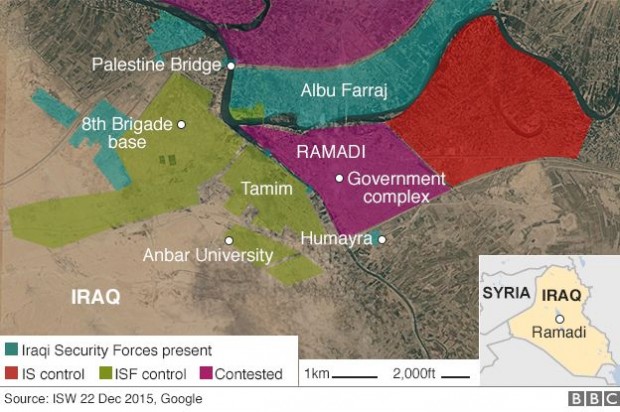