Iraqi forces seize a Christian town near Mosul from IS clutch 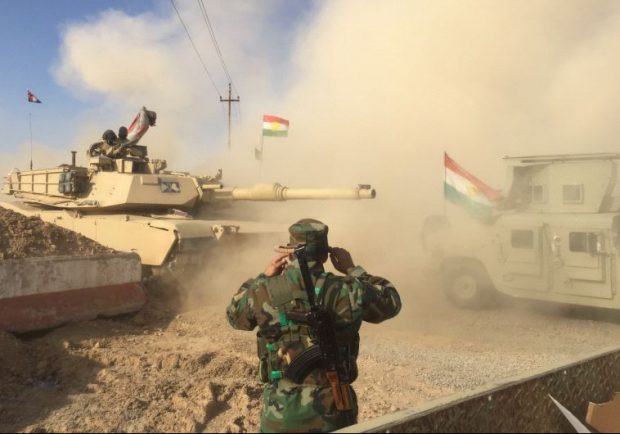 The Iraqi army Monday recaptured from Daesh the Christian town of Qaraqosh near Mosul, according to an army officer.

“The Iraqi joint forces have carried out combing operations in the town, which was totally evacuated of its Christian majority residents in 2014,” Mohammed al-Jubouri said.

Qaraqosh is located about 20 kilometers (13 miles) southeast of Mosul and considered the main entrance to the Daesh-held city.

In recent weeks, the army and its allies have staged a gradual advance on the city, which officials in Baghdad have vowed to recapture by year’s end.

For: Iraqi forces seize a Christian town near Mosul from IS clutch