Iraqi forces take the battle to downtown Fallujah, as ISIS kills over 24 of them 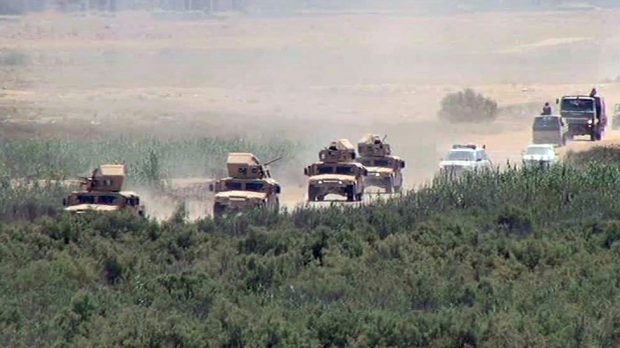 Iraqi forces started pushing into the city of Fallujah on Monday as a wave of bombings claimed by ISIS groups in the country killed at least 24 people.

The advance is part of an offensive to rout militants from Fallujah and recapture the city west of Baghdad, which has been held by IS for more than two years.

The offensive on Fallujah, backed by paramilitary troops and aerial support from the US-led coalition, was first launched about a week ago.

The battle for the strategic city is likely to be a protracted one, with Iraqi forces advancing slowly to minimise civilian casualties. Tens of thousands of civilians are believed to be still inside the city, trapped by the fighting.

The deadliest of Monday’s IS bombings took place in the northern, Shiite-dominated Shaab neighbourhood of Baghdad where a suicide bomber rammed his explosives-laden car into a checkpoint next to a commercial area, killing eight civilians and three soldiers. The explosion also wounded up to 14 people, a police officer said.

A suicide car bomber struck an outdoor market in the town of Tarmiyah, about 31 miles north of Baghdad, killing seven civilians and three policemen, another police officer said, adding that 24 people were wounded in that bombing.

In an online statement, IS claimed responsibility for the attacks, saying they targeted members of the Shiite militias and a government office.

Since launching the Fallujah offensive and until Monday, Iraqi government troops have mostly been fighting IS in the outskirts of the city to tighten the siege.

By Sunday, the troops had recaptured 80% of the territory around Fallujah, according to Iraqi Major Dhia Thamir.

He described the clashes as “fierce,” with IS deploying snipers and releasing a volley of mortar rounds on the Iraqi forces.

Fallujah is one of the last major IS strongholds in western Iraq. The extremist group still controls territory in the country’s north and west as well as Mosul, Iraq’s second largest city.

In a televised speech to parliament on Sunday, Iraqi Prime Minister Haider al-Abadi called on Fallujah residents to either leave the city or stay indoors.

Government officials and aid groups estimate that more than 50,000 people remain inside the center of the Sunni majority city.

For: Iraqi forces take the battle to downtown Fallujah, as ISIS kills over 24 of them