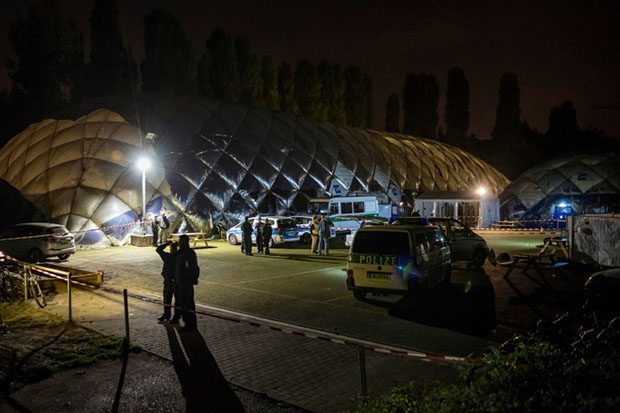 A 29-year-old refugee has been shot dead by police after a row at a Berlin asylum centre involving claims that his daughter had been sexually abused.

Police were called to the shelter in the Moabit area amid reports that the girl had been abused in a nearby park.

A suspect aged 27 had just been put in a police car in handcuffs when the girl’s father is said to have lunged at him with a knife.

Witnesses said the father had shouted out: “You won’t survive this.”

Police responded by opening fire and the man, of Iraqi origin, was taken to hospital where he later died.

Witnesses reported hearing two or three shots. An investigation into the shooting will be carried out by Berlin police’s homicide division.

Questions have been raised about whether police were right to use firearms. But Berlin police union spokesman Bodo Pfalzgraf said they had no option but to open fire and rejected suggestions that they should have aimed for the man’s legs.

“The officers had to stop people taking the law into their own hands and halt what was for them a life-threatening situation,” he said.

Stun weapons known as Tasers are being tested in some areas of Berlin but these officers did not appear to have access to them.

The refugee’s daughter, aged six, has been described as uninjured, and she is being given special care.

According to local reports, she and her family were being taken to alternative accommodation.

Police have begun an inquiry into the allegation of sexual abuse. Local reports say the suspect is from Pakistan but that has not been confirmed by police.

More than 1.1 million irregular migrants and refugees arrived in Germany in 2015 alone and violence and sexual abuse in asylum shelters has been a problem for women and children.

There has also been a rise in anti-migrant violence in some eastern areas of Germany. Earlier this month, dozens of far-right activists clashed with young migrants in the town of Bautzen.