IS growth worries the U.S., yet no near military action on the horizon 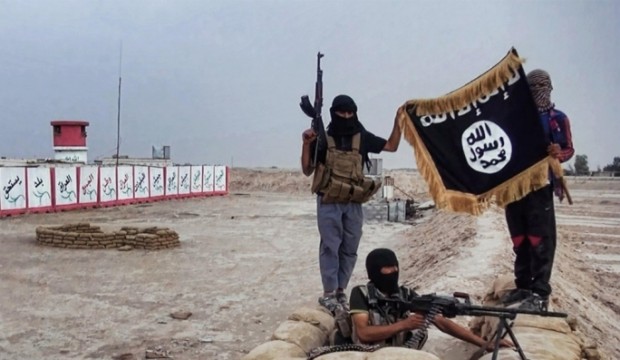 The United States and its allies are probably many weeks or even months away from launching a new military campaign against Islamic State in Libya, despite mounting concern about the group’s spread there and its attacks on oil infrastructure, U.S. officials say.

The Pentagon has warned in recent weeks of the dangers posed by Islamic State’s growth in Libya. The U.S. is developing military options, which were discussed at an inconclusive meeting last week of President Barack Obama and his top security aides, officials said.

But the U.S. officials, who spoke on condition of anonymity, said enormous hurdles stand in the way of increased American military involvement. The largest is the formation of a unified Libyan government strong enough to call for and accommodate foreign military assistance.

Getting some allies on board could also require a new mandate from the United Nations, they said.

“We’re not there yet,” said one U.S. official. He and other officials with knowledge of internal deliberations cautioned that it is too soon to estimate when military action might begin, but cautioned it could take many weeks or even months.

U.S. and European officials describe Islamic State’s presence in Libya as increasingly worrisome, although not on the scale of its rule over swaths of Iraq and Syria.

Islamic State forces have attacked Libya’s oil infrastructure and taken control of the city of Sirte, exploiting a power vacuum in the North African country where two rival governments have been battling for supremacy.

Estimates of Islamic State fighters in Libya range from 3,000 to 5,000-6,000. Officials openly worry that the group could use its Libya haven to relieve the pressure from U.S. air strikes and local forces against its home base in Iraq and Syria.

Under a U.N.-backed plan for a political transition, Libya’s two warring administrations are expected to form a unity government, but more than a month after the deal was agreed in Morocco, its implementation has been dogged by infighting.

Ben Fishman, a former White House aide under Obama who dealt with Libya policy, said there is concern in the Obama administration that military action now could disrupt the government formation process. It might, he said, prompt moderate forces in Libya to back away.

“You want to take decisive military action to check ISIL’s expansion and at the same time you want to do it such a way that’s supportive of a long-term political process,” he said.

Still, Fishman said, “I think we have to do something on the ground soon, because they (Islamic State) are pretty much acting with impunity.”

But with Libya in chaos, it would likely take a new government some time to get on its feet, officials said,

U.S. Defense Secretary Ash Carter said this week that the focus of the international community on Libya is political, not military.

Once a government is in place, “we have indicated a willingness, along with a number of other countries, to help them secure the country,” Carter said. He noted that “the Italians have indicated that they would take the lead in that, rather than the United States, which is fine with us.”

The U.S. military has been laying the groundwork for greater action, sending U.S. special forces into Libya to establish contact with local armed groups to get a better picture of who the international community might be able to work with.

They also have not ruled out more precision strikes against top Islamic State leaders like one in November in which American F-15 aircraft killed Islamic State’s senior leader in Libya, known as Abu Nabil.

For: IS growth worries the U.S., yet no near military action on the horizon