IS in Libya is Thriving in Number of Recruits, Reached 5000 fighters 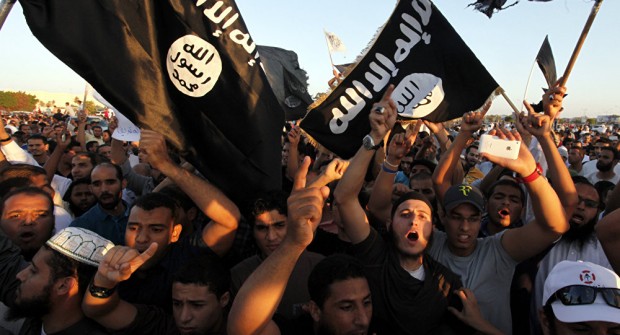 Libya, which is undergoing its second civil war in less than half a decade, has become the next country after Iraq and Syria to be targeted by Daesh terrorists for expansion.

Around 5,000 Daesh (also known as ISIL/ISIS) militants are now thought to be fighting in Libya, the country’s interior minister said on Saturday, as cited by the Iranian news agency FARS.

After a civil war in which NATO-backed rebels ousted long-time leader Muammar Gadhafi in 2011, Libya failed to transition to another stable government, which led to another civil war in 2014, although negotiations are underway which may bring an end to the conflict. Daesh has taken advantage of the situation, capturing territory around the coastal town of Sirte, between the territories held by the conflict’s two main warring sides.

“Most of the ISIL militants are foreigners and from Northern African countries,” Tunisian interior Ministry spokesman Walid al-Vaqini said, as quoted by FARS.

Although Tunisia has been one of the few countries where mass uprisings in 2011 led to a stable government, it has been one of the biggest sources of foreign jihadist fighters for the Syrian and Libyan conflicts. Two terrorist attacks struck Tunisian tourist sites in the summer of 2015, killing a total of 59 tourists in a country that relies on tourism for much of its revenue.

The ministry’s security chief added that the ministry recently prevented another major terrorist attack, arresting 17 Daesh fighters, some of whom had experience in Syria and Libya.

“We have foiled a major attack this month that the terrorist cell was preparing against vital installations, hotels, security centers and against politicians to bring chaos to the country,” Interior Ministry Security Chief Rafik Chelli said.

Al-Vaqini claimed that only 1,600 Tunisians are fighting for Daesh in Syria; 600 have returned to Tunisia and another 800 were killed in the conflict. He did not give an estimate of the number of Tunisians fighting in Libya.

For: IS in Libya is Thriving in Number of Recruits, Reached 5000 fighters