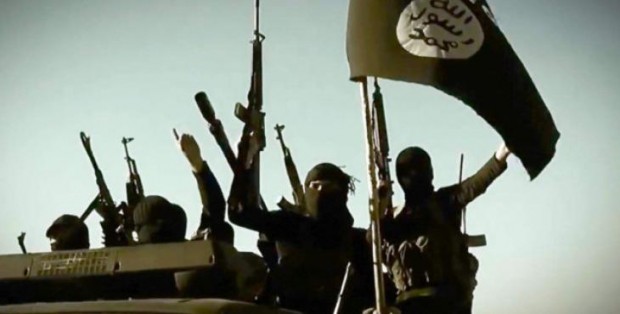 Security analysts are speculating that IS may be in the process of moving the centre of its operations to Libya, writes Peter Fabricius.

At a seminar on the topic “Can Violent Extremism be Prevented?” at the Institute for Security Studies (ISS) in Pretoria this week, the former Libyan ambassador to South Africa, Abdalla Alzubedi, rebuked the speakers for failing to mention his country.

It was a pertinent observation as Libya is becoming increasingly central to the global fight against violent extremism. And especially the most violent and extreme end of it, the Islamic State (IS) – aka Isis, Isil or Daesh. IS had already established a strong foothold in Libya based in Muammar Gaddafi’s birthplace and stronghold, Sirte, taking advantage of the vacuum of authority between one government to the west in Tripoli and a competing one to the east in Tobruk.

Now security analysts are speculating that IS, which is taking a major pounding from international forces in the “caliphate” it has established in Iraq and Syria, may be in the process of moving the centre of its operations to Libya.

Writing for the Al-Arabiya website this week, Azeem Ibrahim, of Oxford University and the US Army War College, said he had until recently believed that, after its likely defeat in Syria and Iraq, IS would “give up territorial ambitions and would revert to al-Qaeda tactics” of conducting terrorist attacks.

But now it seemed instead of going underground, IS was preparing to re-establish its caliphate in the failed state of Libya. “Following the same template as in Syria, they have established a foothold in-between the two main combatants in a civil war and have proceeded to try to recruit as many of the Islamist militias running around the place as they could,” Ibrahim wrote.

He said in the last few days reports had emerged that senior IS leaders from Syria might have arrived in Sirte.

“This may be a sign that the Isis hierarchy are preparing for a slow reallocation of assets, and eventually maybe even relocating the core of the organisation there.”

This would intensify the role of Libya as a source of violence and instability across the region. Some analysts believe that other violent extremist groups such as al-Qaeda in the Islamic Maghreb (AQIM) and al-Mouribitain, which conducted similar attacks on hotels in Bamako and Ouagadougou over the last three months, are operating from deep in the southern Libyan desert.

Allowing IS to gain a much stronger foothold in Libya would probably completely stifle the already weak and faltering efforts, led by the UN’s special representative Martin Kobler, to weld a single government out of the competing Tripoli and Tobruk authorities.

If IS shifts its headquarters to Libya, it would also bring with it the much greater attention of the international community and in particular the US-led international coalition against Isil, which has been bombing IS in Syria and Iraq.

There has been growing speculation that members of the coalition are contemplating a military intervention in Libya. But so far these powers have held back, wary of repeating the mistake of 2011 when a Nato-led coalition helped Gaddafi’s local opponents topple him but put nothing in its place to maintain stability. That helped create the present chaos.

The official line is that a single plausible Libyan government needs to be in place first and then the international community can throw its full military weight behind that government. But Moroccan-American Middle East analyst Issandr el-Amrani has warned in an article in Foreign Policy that establishing a façade of a Libyan government as a front for foreign military intervention could backfire badly by undermining the legitimacy of both that government and the military intervention.

He advocates a bottom-up approach, patiently welding all the many disparate militias into one united force against IS. But will the international community feel it has the time for that especially if Ibrahim is right that IS is already relocating its central command to Sirte? Ibrahim ends his article by hinting that something big might be coming: “It seems that our governments are already awake to the dangers and, for once, are looking to engage with the situation proactively.”

Australia is an active part of the coalition against IS and its aircraft are carrying out bombings in Iraq.

But does he, like Ibrahim, know something we don’t, yet?

For: IS might be moving toward Libya as a new center for terror operations