ISIS commander, Shishani, survived a US air-raid in Syria 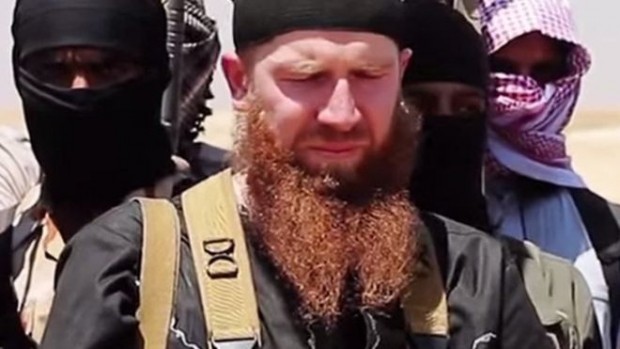 A monitoring group says a top commander of so-called Islamic State was badly wounded but not killed in a recent US air strike in north-eastern Syria.

On Tuesday, US defence officials said Tarkhan Batirashvili, a Georgian known as Omar Shishani, likely died in the attack near Shaddadi on Friday.

But the UK-based Syrian Observatory for Human Rights said it had information he had been taken for treatment in Raqqa.

There has so far been no comment from IS on the report of Shishani’s death.

Last year, the US offered a $5m (£3.5m) reward for Shishani, whom it said had held numerous top military positions within the group, including “minister of war”.

A statement issued by the US defence department said it was “still assessing the results” of the operation targeting Shishani in Hassakeh province. But an unnamed senior defence official said it was likely the IS commander was killed.

Late on Wednesday, the Syrian Observatory said its sources had confirmed that an air strike had targeted Shishani’s convoy on Friday.

Several of his bodyguards were killed, the sources said, but the commander himself was badly wounded.

“He was taken from the province of Hassakeh to a hospital in Raqqa province, where he was treated by a jihadist doctor of European origin,” he said.

The city of Raqqa, where Shishani is believed to have been based, is the de facto capital of the so-called caliphate whose formation IS proclaimed in 2014.

The defence department said it believed Shishani had been sent to the Shaddadi area to bolster IS militants following “a series of strategic defeats” to local forces supported by the US.

Shaddadi was captured last month by the Syrian Arab Coalition, an alliance of Arab rebel groups which have joined forces with the Kurdish YPG militia to battle IS.

For: ISIS commander, Shishani, survived a US air-raid in Syria