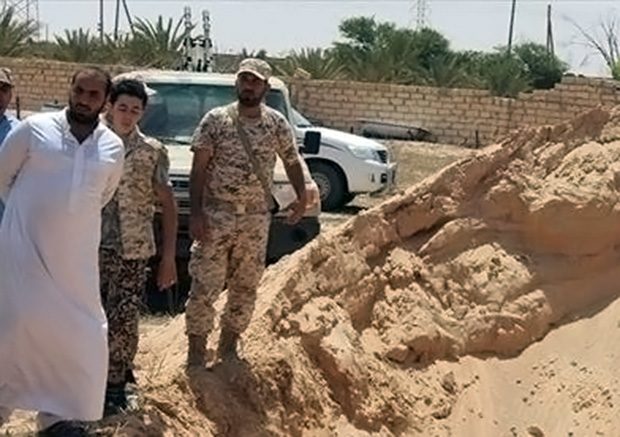 A mass grave and secret prison used to abuse hostages captured by ISIS has been unearthed in Libya. Seven bodies found in a mass grave on farmland in the west of Sirte, ISIS stronghold in Libya. Three prisoners said to have been found in ‘dire humanitarian conditions.

The discoveries were made during an ongoing battle between Misurata-led Libyan forces of Al-Bunyan Al-Marsous operation and ISIS militants in the city of Sirte as the fight for liberation continues.

Seven bodies were found buried in the grave that was discovered in a farm west of the city, while three prisoners – in dire condition after months of captivity – were saved when security forces came across a secret prison in another town after it was re-captured from the militants.

Forces appointed by Libya’s UN-backed Government of National Accord were seen there during clashes with militants of the ISIS on the western outskirts of Sirte where the mass grave and secret prison were found.

Having claimed Sirte as one of its strongholds last spring, the battle to cleanse the city of ISIS militants has continued to progress through government forces.

Last week, fighters appointed under the command of the Government of National Accord encircled ISIS in the Ouagadougou Halls Compound – a huge building the group has made as its headquarters.

For: ISIS mass grave and secret prison found in Sirte