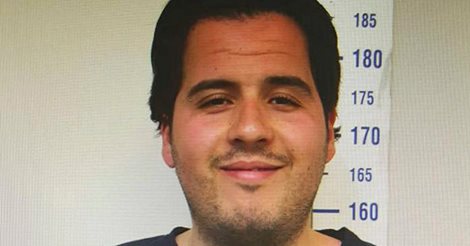 Somewhere, there is a digital archive containing the portraits of the Islamic State’s network of fighters in Europe. The image of each fighter was stored in this database months before last year’s attacks in Paris, and after each new terror strike, the group has reached into it and released the photographs. So it was on Wednesday.

The latest issue of Dabiq, the Islamic State’s slick online magazine, includes an image of Najim Laachraoui, the 24-year-old former Catholic school pupil who was last seen wheeling a suitcase bomb into the Brussels airport. He is wearing military fatigues and sadistically winking at the camera. Next to him is a man with a bloody knife, suggesting they had just beheaded a captive.

It is worth noting that the two men’s uniforms exactly match those worn by the Paris attackers last year, as shown in another set of photographs and an accompanying video, also pulled from the archive. Those were shot somewhere in Syria or Iraq before the attacks, and made public soon after. They have the same desert camouflage pattern, the same tan cap and tactical vest, the same cutoff gloves and grotesque scene of bloodshed.

Before returning to Europe, both the Brussels bomber and the Paris plotters posed for carefully choreographed scenes, showing the atrocities they committed in Syria and Iraq. The purpose is clear: to show the West that the attackers really were sent from the heart of the group’s terror machinery.

In a short biography of Mr. Laachraoui, who is also identified by the nom de guerre Abu Idris al-Baljiki, the Islamic State says he was the bombmaker for both the Paris and Brussels attacks. The biography also says the future suicide bomber’s first foray in Syria was as a recruit in the battalion of Amr al-Absi, the leader of a group calling itself the Mujahedeen Shura Council. In 2012, that group became a magnet for European jihadists, especially Belgians, who flocked to a walled villa in Kafr Hamra, just outside Aleppo, Syria, as Ben Taub reported in The New Yorker.

Later, Mr. Absi’s group pledged allegiance to the Islamic State, also known as ISIS or ISIL. The biography says Mr. Laachraoui “was one of the first, along with the rest of his group, to pledge allegiance.”

Mr. Laachraoui spent months recovering from a bullet wound to the leg, the magazine said, before starting to train “in order to realize his dream of returning to Europe to avenge the Muslims.” After finishing his training, “he traveled the long road to France to execute his operation.”

Even the pictures that the Islamic State seems to be missing can help answer some questions.

Neither Ibrahim el-Bakraoui, who blew himself up at 7:58 a.m. at the Brussels airport on March 22, nor his brother Khalid el-Bakraoui, who detonated his explosives at 9:11 a.m. in a subway car in the Belgian capital, appears in the images of the fighters in Syria. Their biographies in Dabiq make no mention of travel to Syria, saying instead that the brothers were radicalized in jail in Europe.

That suggests that neither brother made it into Syria — something that has been in question since June, when the Turkish authorities detained Ibrahim el-Bakraoui in Gaziantep, a city near the Syrian border. The town is a well-known transit point for foreign fighters heading to join the Islamic State, so it justifiably led to speculation he had met with the Islamic State within Syria. But the Islamic State magazine article, along with the fact that neither brother appeared to pose for the now-standard publicity shot, seems to settle the matter. 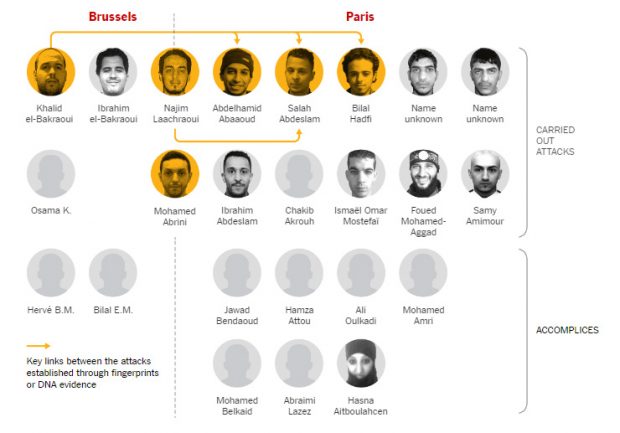 Ibrahim el-Bakraoui’s biography says that in jail — where he spent time for a series of violent robberies — he began reading about the atrocities committed against Muslims in Syria. “Something clicked,” the magazine says. “After he was released from prison, he quickly joined his brother Khalid, and they began buying weapons, searched for lodging and made plans.”

The Islamic State credits the Nov. 13 Paris attacks to the brothers: “It is firstly due to Allah, then to Ibrahim and his brother that the raid in Paris took place.”

Though neither brother apparently went to Syria, the Islamic State magazine relates a convoluted series of dreams that Khalid el-Bakraoui allegedly had inside his prison cell in Europe.

Before you laugh, you should know that dreams play an important role in jihadist ideology. They are seen as divinely inspired premonitions.

In the first dream, Mr. Bakraoui supposedly sees the Prophet Muhammad on a horse in battle. Then he sees himself as an archer shooting arrows at the enemy.

The writer walks through a second and a third dream by Mr. Bakraoui, including one he allegedly had after the Paris attacks.

In that last one, he detonates his explosive belt and his head falls to the ground, where it is picked up by Abu Muhammad al-Adnani, the official spokesman of the Islamic State.

We now know that beyond being the group’s chief propagandist, Mr. Adnani has also commanded a branch inside the Islamic State dedicated to carrying out attacks in Europe.

The symbolism is clear: The Islamic State wants the world to know that Mr. Adnani’s external operations branch was directly responsible for the Brussels carnage.

“Paris was a warning,” says the forward to the magazine. “Brussels was a reminder. What is yet to come will be more devastating and more bitter.”

For: ISIS shows west that Brussels attacks originated in Syria by pictures