Isil terrorists are plotting to carry out biological and nuclear attacks on Britain and Europe, EU and Nato security chiefs have warned.

There is a “justified concern” that Islamist fanatics in Syria and Iraq  are trying to obtain substances of mass destruction such as biological, chemical and radiological weapons.

The terror group is also trying to develop new ways of avoiding security measures to carry out attacks such as bombs implanted in human bodies and hacking driverless cars, an international  security conference in London heard.

Islamic States in Iraq and Levant (Isil) is also feared to have obtained a stockpile of former Iraqi short range missiles such as surface to air rockets.

It emerged after the Brussels terror attacks last month that the terror cell had been secretly filming a senior Belgian nuclear official outside his home, fuelling fears they were looking at ways of how to obtain such substances.

Mr Silva told the annual Security and Counter Terror Expo: “With CBRN, there is a justified concern.”

Dr Shea also warned that Isil may be splitting in two, with one part trying to protect the so-called caliphate in Syria and Iraq, which is increasingly losing ground from coalition airstrikes, but a second part focusing on setting up terror cells around Europe to launch attacks in the future.

He said the threat is likely to “get worse before it gets better”. 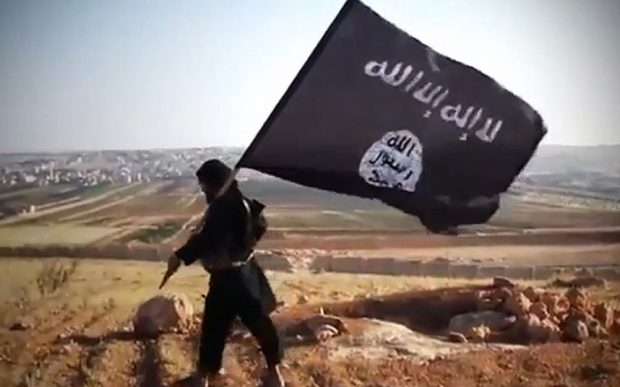 What is Isil? An Islamic extremist group controlling territory in Syria and Iraq

What about ‘Daesh’? Daesh is an abbreviation Dawlat al-Islamiyah f’al-Iraq wa al-Sham, and is the derogatory name used by many Muslims for Isil. Following the Paris attacks, the French government is now using this term

What are its aims? A worldwide Islamic caliphate – a religious government without borders

What terror attacks has it carried out? Isil has claimed responsibility for the Paris attacks of 13 November 2015, the explosion of a plane travelling from Egypt to Russia, and the individual killings of Western hostages, including James Foley and Alan Henning

How is the group funded? Looting, extortion and the possession of oilfields, providing an estimated £1.8m in revenue per day

How much territory does Isil control? An area of the Middle East that is roughly the size of Belgium

Where is it based? Isil’s HQ is understood to be in the city of Raqqa, Syria