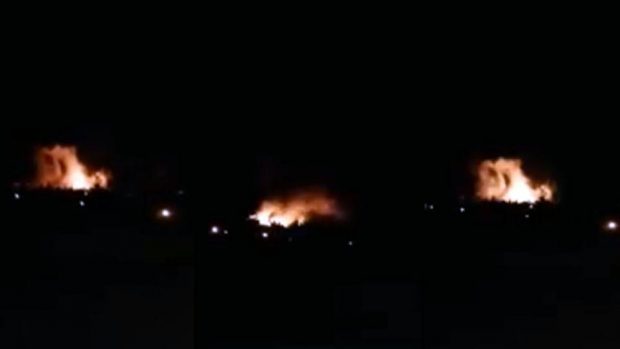 The Syrian army has retaken a village in the strategic Wadi Barada area in the countryside of Damascus, which hosts water supplies to the capital and its surroundings.

Troops on Thursday advanced into the village of Bassimeh where Damascus’ main river Barada as well as a spring supplying the capital’s general area with water are located.

Since late December, 2016, government forces have been fighting in the area with Takfiri militants who have damaged the water processing facilities there and reduced water flow to some five million people in the city.

As troops overwhelmed terrorists, the Syrian military said Israel fired rockets early on Friday that hit near a major military airport west of Damascus that was used to attack the militants.

In a statement carried on the official news agency SANA, the Syrian military said several missiles were launched just after midnight from an area near Lake Tiberias in the third such attack recently, triggering a massive fire.

The rockets fell in the vicinity of the Mezzeh military airport on the western edge of the Syrian capital. Residents of Damascus reported hearing several explosions that shook the city.

The Mezzeh airport compound, located on the southwestern edge of the capital, had been used to launch attacks on militant-held areas near Damascus and has come previously under terrorist fire.

The Syrian army said Israel, through its attacks, is assisting “terrorist groups” fighting the Syrian government.

“The Syrian army command and armed forces warn the Israeli enemy of the repercussions of this blatant attack and stress it will continue its war on terrorism,” the statement said.

Israel has repeatedly attacked Syrian military targets elsewhere in what is viewed as an attempt to prop up terrorist groups in the face of the army advances.